Palestinian Authority President Mahmoud Abbas says that the Palestinians will not accept any Israeli presence along the border between a future Palestinian state and Jordan.

But the question is whether Jordan really wants to have Palestinians on its borders.

In private off-the-record meetings, top Jordanian officials make it crystal clear that they prefer to see Israel sitting along their shared border.

Speaking at a university graduation ceremony in Jericho, Abbas stated that the borders of the Palestinian state would stretch from the Dead Sea in the south and through the Jordan Valley all the way up to the town of Bet She’an in the north.

“This is a Palestinian-Jordanian border and that is how it will remain,” Abbas said. “The responsibility for security along the border will be in the hands of the Palestinians.”

Abbas’s remarks came in wake of leaks by Palestinian officials to the effect that at the current US-sponsored secret peace negotiations, Israel is demanding full control over the border with Jordan in any peace settlement with the Palestinians.

Israel, of course, has its own reasons for refusing to cede control over the strategic Jordan Valley.

Israel’s main concern is that the border with Jordan will be used by Palestinian terror groups and Islamist fundamentalist organizations to smuggle weapons and terrorists into the West Bank and Israel.

However, there’s another reason why Israel remains strongly opposed to surrendering control over its border with Jordan to the Palestinian Authority or a third party.

It is no secret that the Jordanians have long been worried about the repercussions of the presence of Palestinians on their border.

In a recent closed briefing with a high-ranking Jordanian security official, he was asked about the kingdom’s position regarding the possibility that Palestinians might one day replace Israel along the border with Jordan.

“May God forbid!” the official retorted. “We have repeatedly made it clear to the Israeli side that we will not agree to the presence of a third party at our border.”

The official explained that Jordan’s stance was not new. “This has been our position since 1967,” he said. “The late King Hussein made this clear to all Israeli governments and now His majesty, King Abdullah, remains committed to this position.”

Jordan’s opposition to placing the border crossings with the West Bank under Palestinian control is not only based on security concerns.

Of course, Jordan’s security concerns are not unjustified, especially in light of what has been happening over the past few years along the border between the Gaza Strip and Egypt.

The Egyptians are now paying a heavy price for neglecting their shared border with the Gaza Strip over the past few decades. This lapse has seen Sinai emerge as a hotbed for Al-Qaeda-linked terror groups that are now posing a serious threat to Egypt’s national security.

Besides the security concerns, the Jordanians are also worried about the demographic implications of Palestinian security and civilian presence over the border.

Their worst nightmare, as a veteran Jordanian diplomat once told Israeli colleagues during a private encounter, is that once the Palestinians are given control over the border, thousands of them from the future Palestinian state would pour into Jordan.

The Jordanians already have a “problem” with the fact that their kingdom’s population consists of a Palestinian majority, which some say has reached over 80%. The last thing the Jordanians want is to see hundreds of thousands of Palestinians move from the West Bank or Gaza Strip into the kingdom.

Although the Jordanians are not part of the ongoing peace talks between the Palestinian Authority and Israel, they are hoping that Israel will not rush to abandon security control over its long border with the kingdom. Understandably, the Jordanian monarchy cannot go public with its stance for fear of being accused by Arabs and Muslims of treason and collaboration with the “Zionist enemy.”

The Egyptians today know what the Jordanians have been aware of for a long time — that a shared border with Fatah or Hamas or any other Palestinian group is a recipe for instability and anarchy. The Egyptians surely miss the days when the Israel Defense Forces were sitting along the border between Egypt and the Gaza Strip.

Americans Offer to Take 100 Lashes Each for Saudi Blogger

Can Saudi King Salman Remember Where the Throne Is Sitting?

The Day Jews Prayed in a Minyan on the Temple Mount 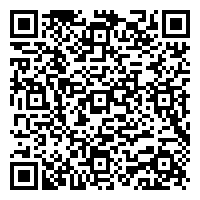