I have never understood why anyone expected any U.S. action on Iran’s nuclear program. Basically there was never any chance the U.S. would undertake any armed action or allow Israel to do so. That may be a good idea, and it may have been inevitable.


But there was no chance in anything else, even if Barack Obama might never have been president. Here’s what was going to happen:

–The U.S. would impose economic sanctions.

Yet there was never a chance these would fully succeed. There was too much cheating, and China, Russia, and Turkey were among there was exempt.

–Negotiations would fail because Iran would stall, play games, and try to use trickery.

–So Iran would eventually get nuclear weapons.

–The U.S. would then use containment. That would not necessarily be bad but the point was containment as in the Cold War or merely a narrow containment to try to prevent  use of nuclear weapons?

Yet now something very weird has happened:

Let’s review. Rouhani is a veteran national security official. He was backed by the regime. The voters would not be allowed a choice of a reformer so they could only vote for a phony one. Now what then happened?

“President Rouhani says Iran will never develop nuclear weapons.” But that is what Iranian leaders have always claimed!

The Los Angeles Times applauded that ten dissidents were released. But they weren’t , even though the newaspaper said, “It’s Rouhani’s strongest signal yet that he aims to keep a pledge to improve ties with the West.” But he didn’t do it!

“Rouhani said I have full authority to make a deal with the West. But that’s what they said too!

He then implied that he reversed Iran’s denial that the Nazis committed a Holocaust of Jews. But even that turned out to be a lie and here.

They also had a phony New Year’s greeting to the Jews. Rouhani added a Jew to the UN delegation of Iran, no doubt to tell how well they were treated. So Rouhan loves the Jews and wants to make peace.

But note that Rouhani does not have a moderate record–he has bragged about fooling the West about Iran’s nuclear program before–and meanwhile Iran now has troops in Syria. What suckers Americans are. They’ll still be talking about Iranian nukes on the day they get them and probably that’s true for  Syria giving up chemical weapons, too.

But no it is Israel that wants to plunge the world into war. The New York Times writes:

It is Israel that “scoffs” and that scoffing is setting up a U.S.-Israel “showdown” because America would understandably rather have a nice peace than a war with Iran. Yet there is no indication that experiences shows Israel might be right.

“Israel’s prime minister, Benjamin Netanyahu, moved quickly to block even tentative steps by Iran and the United States to ease tensions and move toward negotiations to end the nuclear crisis, signaling what is likely to be a sustained campaign by Israel to head off any deal.”

But this is a lie. Netanyahu cannot “block” an initiative and if Obama wants talks he will have them. And it is assumed that the initiative will succeed “toward negotiations to end the nuclear crisis.” Peace in our time!

Yet there is one more piece of poison. The reader is warned that there will be “a sustained campaign by Israel to head off any deal. Israel will frantically try to head off an attempt to make peace.” Bad Israel!

In fact it is obviously  others who want to claim a deal is certain and that Iran wants one.

Like Vladimir Putin on the Syria deal it is Rouhani that gets an op-ed, in the Washington Post instead of the Times, to make his claim and be cheered.

Already there has been a pay-off for Iran in a series of European Union court decisions which recommended the removal of unilateral sanctions against dozens of Iranian firms, including crucial shipping lines. The European states show they are eager to drop sanctions because of the money  to be made. 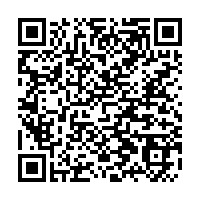