Steadily, Israel is strengthening its plans for ballistic missile defense, most visibly on the Arrow system and also on Iron Dome, a lower-altitude interceptor that is designed to guard against shorter-range rocket attacks from Lebanon and Gaza.

Unavoidably, these defensive systems, including certain others, which are still in the development phase, would have leakage. Because system penetration by even a single enemy missile carrying a nuclear warhead could, by definition, be intolerable, their principal benefit would not lie in supplying added physical protection for Israeli populations. Instead, this still-considerable benefit would have to lie elsewhere – that is, in critical enhancements of Israeli nuclear deterrence.


If still rational, a newly nuclear Iran would require incrementally increasing numbers of offensive missiles. This would be needed to achieve or to maintain a sufficiently destructive first-strike capability against Israel. There could come a time, however, when Iran would become able to deploy substantially more than a small number of nuclear-tipped missiles. Should that happen, all of Israel’s active defenses, already inadequate as ultimate guarantors of physical protection, could cease functioning as critically supportive adjuncts to Israeli nuclear deterrence.

In the case of anticipated Iranian decisional “madness,” a still timely preemption against Iran, even if at very great cost and risk to Israel, could prove indispensable. Yet, at least in itself, this plainly destabilizing scenario is insufficiently plausible to warrant defensive first strikes. Israel would be better served by a bifurcated or two-pronged plan for successful deterrence. Here, one “prong” would be designed for an expectedly rational Iranian adversary, the other for a presumptively irrational one.

In broadest policy contours, we already know what Israel would need to do in order to maintain a stable deterrence posture vis-à-vis a newly nuclear Iran. But what if the leaders of such an adversary did not meet the characteristic expectations of rational behavior in world politics? In short, what if this leadership, from the very start or perhaps more slowly over time, chose not to consistently value Iran’s national survival as a state more highly than any other preference, or combination of preferences?

In such acutely threatening circumstances, Israel’s leaders would need to look closely at two eccentric and more-or-less untried nuclear deterrence strategies, possibly even in tandem with one another. First, these leaders would have to understand that even an irrational Iranian leadership could display distinct preferences, and associated hierarchies or rank-orderings of preferences. Their task, then, would be to determine precisely what these particular preferences might be (most likely, they would have to do with certain presumed religious goals), and, also, how these preferences are apt to be ranked in Tehran.

Second, Israel’s leaders would have to determine, among other things, the likely deterrence benefits of pretended irrationality. An irrational Iranian enemy, if it felt Israel’s decision-makers were irrational themselves, could be determinedly less likely to strike first. Years ago, General Moshe Dayan, then Israel’s minister of defense, declared: “Israel must be seen as a mad dog; too dangerous to bother.” With this warning, Dayan revealed an intuitive awareness of the possible long-term benefits, to Israel, of feigned irrationality.

Of course, pretending irrationality could also be a double-edged sword, frightening the Iranian side to a point where it might actually feel more compelled to strike first itself. This risk of unwittingly encouraging enemy aggression could apply as well to an Iranian adversary that had been deemed rational. In this connection, it is worth noting, Israel could apply the tactic of pretended irrationality to a presumptively rational Iranian leadership, as well as to an expectedly irrational one.

On analytic balance, it may even be more purposeful for Israel to use this tactic in those cases where Iran had first been judged to be rational.

The dialectics of such multi-factorial calculations are enormously complex, and also potentially bewildering. Still, they must be studied and worked through meticulously, and by all seriously concerned strategists and decision-makers. For Israel, there is no rational alternative.

There is, however, a relevant prior point. Before Israel’s leaders could proceed gainfully with any plans for deterring an irrational Iranian nuclear adversary, they would first need to be convinced that this adversary was, in fact, genuinely irrational, and not simply pretending irrationality.

The importance of an early sequencing for this vital judgment cannot be overstated. Because all specific Israeli deterrence policies must be founded upon the presumed rationality or irrationality of prospective nuclear enemies, accurately determining precise enemy preferences and preference-orderings will have to become the very first core phase of strategic planning in Tel Aviv. 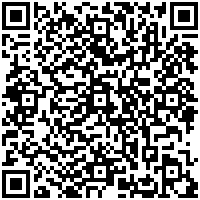