For Israel, and also its cross-pressured U.S. ally, there would be very difficult problems to solve if an enemy state such as Iran were permitted to go fully nuclear. These problems could lethally undermine the conceptually neat, but probably unrealistic, notion of balanced nuclear deterrence in the region.

The multi-fragmented Middle East could likely not sustain the sort of comforting equilibrium that once characterized U.S.-Soviet relations. For example, it would be hard to imagine such an area’s successful and long-term reliance upon MAD, or Mutual Assured Destruction.

Whether for reasons of miscalculation, accident, unauthorized capacity to fire, outright irrationality, or the presumed imperatives of jihad, an enemy state in this fevered neighborhood could sometime opt to launch a nuclear first-strike against Israel, in spite of Israel’s own obvious and forseeably secure nuclear capability. A Cold War “balance of terror” could not readily exist in the Middle East.

After absorbing any enemy nuclear aggression, Israel would certainly respond with a nuclear retaliatory strike. Though nothing is publicly known about Israel’s precise targeting doctrine, such a reprisal would almost certainly be launched against the aggressor’s capital city and/or similarly high-value urban targets. There would be no assurances, in response to this particular kind of authentically genocidal aggression, that Israel might limit itself to striking back against exclusively military targets.

But what if enemy first strikes were to involve “only” chemical, and/or “minor” biological weapons? In that case, Israel might still launch a presumptively proportionate nuclear reprisal, but this would depend largely upon Israel’s calculated expectations of follow-on aggression, and also on its associated determinations of comparative damage-limitation.

Should Israel absorb a massive conventional first strike, a nuclear retaliation could not be automatically ruled out. This argument is plausible if: (1) the aggressor were perceived to hold nuclear or other weapons of mass destruction in reserve; and/or (2) Israel’s leaders were to believe that non-nuclear retaliations could not prevent national annihilation.

Facing imminent attacks, Israel, even if it had delayed launching defensive first strikes, could still decide to preempt enemy aggression with pertinent conventional forces. The targeted state’s response would then largely determine Israel’s subsequent moves. If this response were in any way nuclear, Israel would assuredly undertake prompt nuclear counter-retaliation. And if this enemy retaliation were to involve “only” chemical and/or biological weapons, Israel might still plan to undertake a quantum escalatory initiative.

This sort of initiative is known in military parlance as “escalation dominance.” It could be necessary, even indispensable, to Israel’s preservation of intra-war deterrence. Here we need to bear in mind that deterrence would not necessarily cease functioning upon the commencement of hostilities. It could, in fact, continue to play a very different, but still more or less productive role, during any ensuing conflict.

If an enemy state’s response to an Israeli preemption were limited to hard-target, conventional strikes, it is improbable that Israel would ever resort to nuclear counter-retaliation. But if the enemy state’s conventional retaliation were an all-out strike directed toward Israel’s civilian populations, as well as to Israeli military targets, an Israeli nuclear counter-retaliation could not be ruled out.

Such a counter-retaliation could be excluded only if the enemy state’s conventional retaliations were entirely proportionate to Israel’s preemption; confined entirely to Israeli military targets; circumscribed by the legal limits of “military necessity”; and accompanied by explicit and verifiable assurances of no further escalation.

It is almost inconceivable that Israel would ever decide to preempt any enemy state aggression with a defensive nuclear strike. While particular circumstances could arise where such a defensive strike would be completely rational, and also be entirely lawful according to the authoritative 1996 Advisory Opinion of the International Court of Justice (which refused to prohibit certain residual resorts to nuclear weapons that are presumed essential to national survival), it is still implausible that Israel would ever permit itself to reach such distinctly all-or-nothing circumstances.

Also worth mentioning is that Israel remains pledged to a military doctrine of “purity of arms” and to incomparably strict compliance with humanitarian international law, especially the imperative minimization of collateral, or non-combatant, harm. 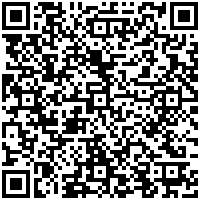