To the misnaged-opponent, chassidus was not perceived as a different strand of normative Judaism, nor as a movement to uplift downtrodden Jews – but as an existential threat to Judaism itself. And the threat was no longer viewed as a futuristic potentiality; it was a real and imminent danger, for the movement was no longer limited to just the commoner but had infiltrated the ranks of scholars.

Accordingly, the opponents and their leadership concluded that the time had no longer come to halt the proliferation of the aberrant chassidic movement – but to annihilate it. If there was anything they had learned from the Sabbetai Zvi and Jacob Frank debacles, it was how important it was to crush false prophets at the very first signs, before affording a chance to influence and spread.

The first stage occurred in 1771 when letters circulated regarding the heresy of chassidus. By 1772 full-fledged excommunication was in the works under the direction of no less a spiritual giant than the Vilna Gaon. The result was that the chassidim were ostracized and excommunicated in Lithuania and Galicia, and a rift had been wedged into the Jewish community.

The war against the chassidim continued to rage after the death of the maggid on 19 Kislev, 1772. With the master’s passing the chassidim concluded that it was time to formulate a counterstrategy. Until then, the battle had remained isolated enough that a single leader was capable of guiding the situation. But this was no longer the case. The battlefront stretched from Sokolov to Vilna, from Slutzk to Pinsk, and from Brisk to Brodi.

The chassidic camp universally felt that there was a need for leaders that were richly endowed with energy and charisma, those who would know how to guard chassidic interests and even be prepared to engage in battle. The candidate who they felt best filled this description was Reb Elimelech, who was to assume the mantle of leadership in Galicia and Poland.

Reb Elimelech was the son of Reb Eliezer Lipman, a leaseholder in the township of Lapachi, near Tiktin. Tradition maintains that Eliezer Lipman was an individual wholly committed to the sake of G-d and His people, outstanding in his love for all Jews. For this reason, chassidic folklore attributes the “crown of charity” to Reb Eliezer Lipman who was known to work sedulously to redeem the imprisoned and repay the debts of poor tenants incarcerated by their rapacious landowners. Everything he did was performed with complete anonymity.

Eliezer Lipman’s wife, Mirish, was also a holy personality who devoted her days to good deeds. Every Erev Shabbos she would travel to Tiktin to dispense alms. One story relates how a group of poor people came to her home. Among them was a leper covered in boils. Everyone avoided this poor soul, but Mirish did not shy away from the opportunity. She exerted herself on his behalf and cared for his needs. Just before the group’s departure, the leper blessed her by saying, “May your children be like me.”

Mirish was frightened, indeed in no small measure revolted by the blessing. But before she could respond, the entire entourage of poor people disappeared. She then understood that she had been subjected to a Heavenly test to gauge her resolve and commitment. Accordingly, the blessing that she received was G-dly in nature and intended for her good.

Mirish was illiterate and did not even know how to read from a siddur. Yet Reb Zusha would testify that when his mother would recite the blessings (which she obviously knew by heart) the Shechinah would hover there. (Obviously only an angel such as Reb Zusha could make such an assertion.)

This pious couple, who lived initially in destitution, were pained that their children were not learned in Torah. As they agonized over their plight, the Baal Shem Tov came to their town. This unknown itinerant would gather crowds of simple folk and regale them about the value of holy and pure prayer and the value of donating to places of worship. The couple was mesmerized by what this man had to say.

Fatah to Hamas: Why Didn’t You Shoot the IDF Snipers?

A New Iranian Threat Against the U.S. 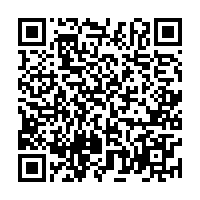