According to data from the defense establishment, Iran has shortened the time period for producing an amount of enriched uranium that’s sufficient to produce a nuclear bomb and is now six to eight weeks away from having the amount of fissile material sufficient for the bomb, Kan 11 reported Wednesday night.

Last August, Defense Minister Benny Gantz estimated that Iran was eight to ten weeks away from its target. It can therefore be estimated that although Iran has advanced and shortened the time period on the way to having the necessary amount of fissile material, it has done so with a conscious decision not to break away faster.

A senior Israeli source told Kan 11: Iran can go even further, and become a real threshold country – but chooses not to do so.

Meanwhile, Iran’s Mehr News reported on Wednesday that the latest round of negotiations between Iran and the world powers has raised hopes of reaching an agreement “due to the logical demands and seriousness of the Iranian team.”

“The current round of talks was supposed to resume after the New Year holiday but due to the will and seriousness of the Iranian side, the talks have been started earlier than that time,” the official Iranian outlet reported, adding: “As the talks resumed, the Iranian top negotiator Bagheri Kani, who also serves as deputy foreign minister for political affairs, once again explained Iran’s demands to the remaining parties to the JCPOA and insisted on Iran’s legitimate demands, including the lifting of sanctions.”

So, it’s all good, nothing to see over here.

According to Foreign Policy, President Joe Biden’s administration opened the latest round of talks in Vienna this week to determine whether the 2015 Iran nuclear deal is “a corpse that cannot be revived,” as an administration senior official put it, or can be salvaged.

The US views the eighth round of negotiations as the last chance for a diplomatic settlement with Iran, and US officials have warned that the window for reviving the 2015 Joint Comprehensive Plan of Action (JCPOA) is almost shut. According to FP (A Last-Ditch Effort to Save the Iran Deal), Iran has weeks—not months—to strike a deal or face new sanctions and even military action.

“We’ve seen modest steps in recent weeks, but the Iranians are not working at a pace required to get a breakthrough in the coming weeks,” a US official told FP. 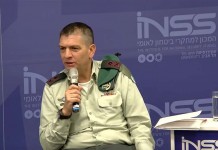 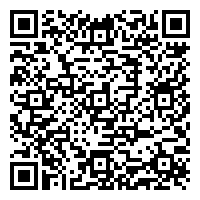