Starting next week, Professor Beres’s column will be on summer hiatus until September.


In June 1998, Prof. Beres, following publication of an op-ed article in The New York Times, was invited by then-Swiss Ambassador Thomas Borer to present personal testimony before the specially-constituted Swiss Commission on World War II in Bern, Switzerland.

Here is part of that testimony.

My parents arrived as Austrian Jewish refugees in Switzerland almost exactly sixty years ago, on August 1, 1938. The day of their own “liberation” coincided with an anniversary of Switzerland’s national day of independent statehood. It was also less than twelve hours after their wedding. Today my wife, Valerie, and I are in Switzerland on the date of our thirtieth wedding anniversary, a milestone that would never have been possible had it not been for the safe refuge that Sigismund and Margarete Beres found here, following their 1938 marriage in Vienna.

On August 1, 1938, my very young parents (my mother not yet eighteen years old) entered Switzerland as a just-married couple, without any money, without any status, without any friends, without any nationality, and without any idea of a future. Today, their son speaks to a distinguished group of Swiss officials, headed by Ambassador Thomas Borer, as a citizen of the United States of America, as a professor of international law with Ivy League university degrees, and as an honored guest of that very same country of Switzerland.

It is a moment that would have made my parents very proud; I am certainly sorry they didn’t live to see it.

My parents spent a year or two in a labor camp near Lugano – I never learned the exact amount of time, or the precise name of the camp, but after that internment they were able to move off to Zurich and live happily and quite comfortably. In Zurich they were befriended by several Swiss families, both Christians and Jews, who did a great deal to help them become self-sufficient. This kindness of strangers they never forgot.

I was born in Zürich on August 31, 1945, an event for which I am understandably grateful. Had my parents not been allowed to stay on in Switzerland immediately after their marriage I would not be in Bern today.

Had it not been for Switzerland, I would never have been born.

So my reason for being here today, for accepting Ambassador Borer’s thoughtful invitation, is simple enough. My personal debt to Switzerland is obviously very great. It could not possibly be greater. When I now look at my own child, my 24-year-old daughter, Lisa Alexandra, I acknowledge that my parents’ good fortune in this beautiful country sixty years ago made her life possible as well.

Had it not been for Switzerland, she would never have been born.

Yesterday we left our good Swiss friends in Oberlunkhofen, Canton Argau. Christel, the wife and mother, is the daughter of a Swiss Catholic couple that assisted and befriended my parents during the war. Christel was born two years after me, on August 31 – the same birthday as mine. Her son’s middle name is Alexander; my daughter’s middle name is Alexandra. We discovered this coincidence of middle names only a few days ago.

My parents, especially my father, always loved Switzerland. When I was a child I was raised in part with the stories of William Tell. When my father returned to Europe on vacation he went first always to Switzerland. When he returned to the U.S. he brought back a bag full of Swiss flags as souvenirs. This was not what one would expect from a refugee who had any sad or angry recollections of his war years in Switzerland.

When the article I had written The New York Times about my parents’ Swiss experience was reprinted recently in the NZZ (Neue Zuricher Zeitung), I received about a dozen letters from elderly Swiss people, none of them Jewish, who remembered my parents and simply wanted to tell me some nice things about them. Some telephoned me as well.

So it is not difficult to understand why I am here today. My wife, Valerie, also cares for this country, not exactly in the same way as I (her own family having much longer roots in the United States), but certainly as an American tourist who appreciates magnificent mountains, wonderful cities, and the company of good Swiss friends.

Realizing the Legacy of Jonathan Sacks 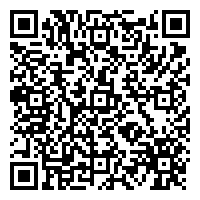