“Thank you,” an anonymous friend wrote to me on Facebook. “Today I received another notification, for the umpteenth time, that I must once again receive chemotherapy. I have no more strength and I really needed your speech.”

Since I posted my Knesset speech (www.jewishisrael.org) on choosing life over assisted suicide, I have received many similar responses.


Last Tuesday night was an all-nighter at the Knesset. Deliberations on the Infiltrators Law wore on to well past midnight. So my wife, Tzippy, watched the popular television show, “Uvda,” alone. On Wednesday morning Tzippy called me, extremely upset. “How could it be that Channel 2 presents a Parkinson’s patient who chose to end his life as a hero, a victor?”

It’s been more than ten years since Parkinson’s moved into our home. Tzippy’s first symptoms appeared when she was in her mid-thirties. For years, we ran from doctor to doctor, unsuccessfully trying to figure out what was wrong. Parkinson’s? Who even considers Parkinson’s at such a young age?

I don’t know anybody more heroic than my wife. For her, every day is a battle for life and its meaning. It is very difficult for her to walk – but she runs to cook for lone soldiers in Ra’anana, and to arrange for neighbors to visit with the local ill who have no one to look after them. She lends an empathetic ear to whoever needs to unload an emotional burden, and she fills her days with endless acts of kindness. Tzippy and tens of thousands of others who suffer debilitating diseases fight for their lives – and life’s meaning – from morning to night, 24/7, all year round. There are no vacations from this cursed disease and others like it.

Along comes Ilana Dayan on Channel 2, who dedicates an entire episode to Mati Milo, z”l, the person who decided to surrender to Parkinson’s and end his life in the only place that has legalized mercy killing – Switzerland. In other words, the rest of the world also understands that humanity cannot officially sanction suicide.

I cannot judge Mati Milo. Our Sages tell us never to judge a person until we are in his shoes. I do not judge him and I certainly do not wish his circumstances on anybody. I will not interfere in any person’s ethical dilemmas. The problem is not Mati Milo and his decision. The problem is the glorification that Channel 2 lent to his act of desperation.

“Do you not understand that you are encouraging more ill people to commit suicide?” I asked in the Knesset. “Is there no limit to lowly populism? To the drive for rating at any price?”

Beyond their honest pity and empathy, the show’s creators know that to draw a large audience they must target their lowly curiosity factor. We all fear death and are drawn to it at one and the same time. Someone who willingly goes to his death and allows us a peek at his last moments makes us very curious. Many films draw their audiences in a most vulgar way by wallowing in death. A television series about horrific murders becomes more and more popular when it shows dead bodies or body parts. Body exhibits travel the world and awaken nauseating interest. This is the pornography of death. That is the low place targeted by Channel 2, wrapped in a sticky layer of empathy and pity.

“I would like to ask Channel 2 to create a sequel to its show on the heroes who chose life, an op-ed film on the triumph of living one more day to its fullest, on those people who do not surrender to death,” I said in the Knesset. (And please do not ask us to be featured in your film. We have already sacrificed enough of our privacy.)

The Channel 2 film did not even consider the possibility that the real heroism – the true triumph – is the choice of life over death.

I doubt that they will listen to me, that they will find a few of the tens of thousands of these true heroes in our midst, and will tell their story. After all, the choice to live is the proper and natural choice. But it is boring.

Who cares about these heroes? How much of a ratings boon will their stories produce?

Hebrew U. MRI Technique Can ‘See’ Molecular Changes in the Brain 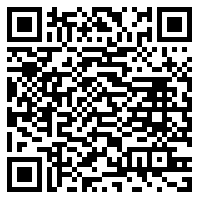