“You chose disgrace instead of war; you got disgrace and war as well.” (Winston Churchill after the Munich Accords).

Somehow, the common question in Israel today is whether the prime minister has the right to decide to attack Iran. “He has the chutzpah to think that he can decide,” former Supreme Court justice Eliyahu Winograd more or less pontificated, capturing all of the major news outlets’ headlines.

There is only one person who has the right to decide on the Iran issue, and that is the prime minister. It makes no difference at all how he makes the decision, whether by consulting with ministers, advisers or the military top brass – or by plain intuition. The state exists to protect its citizens. Accordingly, the citizens vote for the person who will lead them. They deposit in his hands – in his hands only – that authority and responsibility.

Don’t worry, though. Israel will not attack Iran. For the past two years I have repeatedly written and warned about, and met with senior ministers, in an attempt to explain that the concept of a united international front against Iran is a strategic error. The greatest danger is not the nuclear bomb, but rather Iran’s declared intention to destroy Israel. If Israel doesn’t attack Iran, it reinforces the world’s impression that once again the Jew must pay for the right to live in this world. We are back to the 30s and Hitler’s vicious speeches. The sands in the hourglass of our right to exist are running out. It is no coincidence that Israel’s loss of legitimacy and Mahmoud Ahmadinejad’s declarations parallel each other.

The time to deal with the breach in the dam is when the crack is detected – not when the water surges through. Now, with the question mark over our right to exist hovering over our heads, it is only a matter of history presenting the opportunity for the next diabolical despot – be it Ahmadinejad or any other leader – to carry out his nefarious plans. The principle that allowed the Holocaust to unfold in the early 1940s was determined in the speeches in the Reichstag in the early 1930s. The State of Israel was established to avoid a repeat of the same situation. Its lack of a practical response to Ahmadinejad’s speeches is a betrayal of the purpose of its existence.

Initially, the world expected us to attack Iran immediately. After all, for the past 60 years we have been dragging every visiting diplomat to the Holocaust memorial at Yad Vashem. It was a given that Israel would not sit idly by in the face of such blatant threats. But in no time, it turned out that all we were saying to the world was: “Have mercy on us, accept us.” We were not saying, “Be careful of us.” When Israel made the U.S. responsible for its wellbeing, the tables turned. Now, when we face a very tangible threat, the world is willing to only have pity on us.

The situation today is reminiscent of the buildup to the Six-Day War. Then, as well, Prime Minister Levi Eshkol expected President Lyndon Johnson to make good on America’s commitment to Israel after it retreated from the Sinai, promising to intervene if the Straits of Tiran were blocked. There was no “red line.” The line had already been delineated years before. “I can’t find my copy of the document,” Johnson said to Eshkol. Now, Prime Minister Netanyahu is trying to force the copy out of President Obama. But he will never find it.

There is a huge difference between then and now. Eshkol had an army eager to fight. He had officers, not politicians in uniform. And he had a citizenry that hurried to dig trenches in the parks; it had not yet been brainwashed by the irresponsible, defeatist media.

As usual, Israel is attempting to solve its strategic problem with a media spin about super weapons that the U.S. may be kind enough to give us – more as a ladder with which to climb down from the tree of declarations than as a true solution.

The strategy of international pressure puts Israel in a hopeless world situation and against its own noisy left wing. The leftists that smelled the lack of leadership in Israel woke up and began protesting. In light of the current situation, the chances that this government will attack Iran are nearly zero. A different Israeli government will have to deal with both the war and the disgrace. 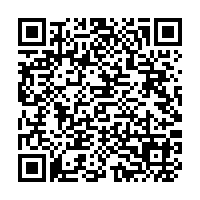