“There is an expectation of Zion to formulate a political monotheism that has never been formulated before.” (Emmanuel Levinas)

The importance of the caucus on organ harvesting in China, sponsored recently by the Liberal Lobby in the Knesset, cannot be exaggerated. On the surface, the caucus’s topic seems odd. Knesset members and other VIPs were called together to discuss horrors being perpetrated by the Communist regime in China against what the government there calls “regime opponents.”


Hundreds of thousands of peaceful citizens in China are imprisoned in camps and tortured in the most inhuman ways – and worst of all, their organs are harvested while they are still alive and sold for transplants throughout the world. Apparently the human bodies in the grotesque Body Show, recently exhibited in the Holy Land, was also supplied by these prisoners.

“You don’t have any more issues left here in Israel?” many people asked when we began publicizing the event.

“You don’t have anybody but China to start up with?”

“You don’t understand that you are harming Israeli interests? And what do you think, anyway? That anybody among the billion Chinese really cares what exactly you are talking about in the Knesset?”

It is not about the Chinese. It is about us, and how we perceive the essence of the Jewish nation and the return to Zion.

We have become so accustomed to the moral finger wagging in our direction, and for being blamed by holier-than-thou nations the world over for all sorts of “ethical lapses.” We have become so accustomed to the leftists in Israel who join the chorus that we haven’t even thought of the possibility that perhaps just the opposite is true. Perhaps the moral compass of the entire world is the People of the Bible; the nation that brought the world faith in the One God; the nation that, on the foundation of its belief in God, heralded the message of liberty for all mankind. We haven’t dared to think that the message of justice and liberty does not emanate from The Hague – but from Jerusalem. Despite the fact that deep in its consciousness humanity recognizes and even expects to hear this message from Zion, the Israelis have become grasshoppers in their own eyes – and thus, in the eyes of the world. This is the root of the condemnations and the relentless pressure brought to bear on Israel.

In other words, when you don’t fulfill your universal ethical role somebody else usurps it and you turn from the judge into the judged. If there is no construction being allowed today in Jerusalem, it is because Jerusalem is not fulfilling its universal role. If we are being pressured to apologize to Turkey and pay remands to the families of their dead and to those wounded from the Mavi Marmara incident, it is because when it was uncomfortable for us, we ignored our universal ethical role and did not take a stand against Turkey’s denial of the Armenian holocaust.

In explaining the demonization of Israel to Professor Ze’ev Tzachor, British intellectuals said, “We dreamed of a place where the new Book of Books would be written in preparation for the redemption of the world, for you, after all, are a treasured nation. The world had expectations, and now look what you have done.” (From an interview with Meir Uziel in Makor Rishon.)

The Chinese were very displeased with our Knesset caucus. They put pressure on me and on other Knesset members in an attempt to torpedo the conference. But they did not succeed. Things that may be difficult for Israelis to understand in Israel are easily understood in China. While Communists do not believe in God, essentially making everyone there slaves (China is one giant prison camp) they do have a long tradition of spirituality. They perfectly understand the value of the “treasured nation” status of the Jews. An ethical stand that emanates from the parliament of the People of the Book is less financially troubling than a similar stand coming from European parliaments. But its ethical weight is much greater – and the Chinese understand that.

Knesset members from across the political spectrum – Right and Left, haredi and secular – honored the caucus with their presence. Jewish Agency Chairman Natan Sharansky and Rabbis Uri Cherki and Elyakim Levanon spoke at the event. The audience heard shocking testimony from a survivor of those camps and watched filmed testimony on what takes place there. 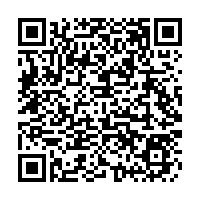