Why I was wrong explains both the left and the moral crisis we are in better than almost any other explanation. I was wrong because in order to have a broken moral compass, you need to have a moral compass to begin with. But the left doesn’t have one.


This is not meant as an attack. It is a description of reality. The left regularly acknowledges that it doesn’t think in terms of good and evil. Most of us are so used to thinking in those terms – what we call “Judeo-Christian” – that it is very difficult for us to divide the world in any other way.

But since Karl Marx, the left (not liberalism; the two are different) has always divided the world, and, therefore, human actions, in ways other than good and evil. The left, in Friedrich Nietzsche’s famous words, has always operated “beyond good and evil.”

Therefore, to Marxists, there is no such thing as a universal good or a universal evil. Those of us still in thrall to Judeo-Christian morality believe that good and evil are universal. In other words, whether an act is good or evil has nothing to do with who committed the act – rich or poor, male or female, religious or secular, member of one’s nation or of another nation. Stealing and murder are morally wrong, no matter who stole or who murdered.

That is not the case for Marx and the left. In Marx’s words in Das Kapital: “Right can never be higher than the economic structure of society and the cultural development thereby determined. We therefore reject every attempt to impose on us any moral dogma whatsoever as an eternal, ultimate and forever immutable moral law.”

“We say that our morality is entirely subordinated to the interests of the class struggle of the proletariat. … We do not believe in an eternal morality. … We repudiate all morality derived from non-human (i.e., G-d) and non-class concepts” (Address to the Third Congress of the Russian Young Communist League, Oct. 2, 1920).

As professor Wilfred Cantwell Smith, director of Harvard University’s Center for the Study of World Religions, wrote in 1957: “For Marxism there is no reason (literally no reason: our universe, the movement posits, is the kind of universe where there cannot conceivably be any reason) for not killing or torturing or exploiting a human person if his liquidation or torture or slave labor will advance the historical process.”

This is how Marx’s ideological heirs, today’s leftists, view the world – with one important difference: Morality is not determined only by class, but by race, power, and sex as well.

Race: It is left-wing dogma that a black person cannot be a racist. Only whites can be racist. And, indeed, all whites are racist.

It is increasingly a left-wing position that when blacks loot, they are only taking what they deserve, or, as the looters often put it, looted goods are “reparations.” A Black Lives Matter organizer in Chicago, Ariel Atkins, recently put it this way:

Power: Another non-moral left-wing compass concerns power. Just as right and wrong are determined by class (worker and owner/rich and poor) and race (white and people of color), good and evil are also determined by power (the strong and the weak).

That explains much of the left’s hatred for two countries in particular – America and Israel. America is wrong when it does almost anything in the world that involves weaker countries – assassinates the most important Iranian terrorist, builds a wall between itself and Mexico, opposes unlimited immigration. It is wrong because it is much stronger than those other countries.

The left’s antipathy to Israel derives from both the power compass and the race compass. Because Israel is so much stronger than the Palestinians and because Israelis are classified as white (despite the fact that more than half of all Israelis are not white), the left deems Israel wrong. So, when Israel justifiably attacks Gaza for raining rockets over Israel, the world’s left vehemently attacks Israel – because it is so much stronger than the people of Gaza and because whites have attacked people of color.

Sex: When a woman accuses a man of sexually harassing or raping her, the left’s reaction is not, “Let us try to determine the truth as best we can.” It is, “Believe women.” One must automatically “believe women” because, on the left, it isn’t only morality that doesn’t transcend race, power, class or sex; truth doesn’t either.

So, then, it turns out I was mistaken all my life. The left’s moral compass is not broken. The left simply rejects such a compass. 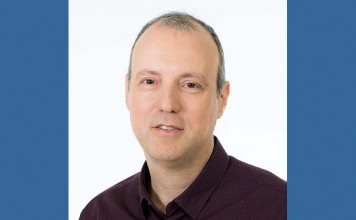 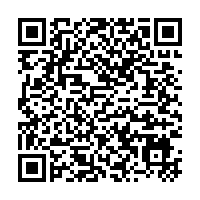