Earlier this week the publisher and editors of the Miami Herald and its Spanish language version el Nuevo Herald issued a statement to their readers, saying, “Today, we notified LIBRE that we are ending our relationship and will never publish, print, or distribute its content again.”

LIBRE is a paid-for weekly supplement that is inserted into el Nuevo Herald. Last Friday, according to the perplexed folks at the Miami Herald, “a reader flagged an incredibly offensive column published in LIBRE. We then spent the weekend reviewing past issues and were appalled to discover multiple instances of anti-Semitic and racist commentary since January — content that would never meet our editorial standards at el Nuevo Herald and the Miami Herald.”

The Washington Post was only too happy to offer its readers a choice sample of this content: the Friday insert of LIBRE included a column by one Roberto Luque Escalona, suggesting American Jews support “thieves and arsonists,” and compared Black Lives Matter protesters to Nazis.

“What kind of people are these Jews? They’re always talking about the Holocaust, but have they already forgotten Kristallnacht, when Nazi thugs rampaged through Jewish shops all over Germany? So do the BLM and Antifa, only the Nazis didn’t steal; they only destroyed.”

Someone should tell Escalona the Nazis stole plenty, I just don’t happen to be in the business of educating anti-Semites. And my Spanish stinks.

Well, apparently no one told the Miami Herald about Escalona’s rich body of work either, until last Friday.

“We are deeply sorry that inflammatory, racist and anti-Semitic commentary reached our el Nuevo Herald subscribers through LIBRE, a Spanish-language publication that paid our company to have the product printed and inserted into our print edition as a weekly supplement,” Aminda Marqués González, executive editor and publisher of the Miami Herald and el Nuevo Herald, and Nancy San Martín is managing editor of el Nuevo Herald, wrote in their statement.

“The fact that no one in leadership, beginning with us, had previously read this advertising insert until this issue was surfaced by a reader is distressing. It is one of a series of internal failures that we are investigating in order to prevent this from ever recurring,” they added.

They also noted, while clapping al-chet: “Our readers turn to us for fact-based, trusted local reporting and we can offer no excuse for the fact that such hateful content reached our readers. In the interest of transparency in our community, we will share our findings of the LIBRE review in a story that will be published in both Spanish and English by the end of the week.”

Billy Corben, a Miami-based documentary filmmaker, and other critics of the Herald were wondering how come the paper had taken LIBRE’s business in the first place. LIBRE’s owner, Demetrio Perez, Jr., has been investigated for fraud by a major daily newspaper in the Miami area – you guessed it, the Miami Herald. At one point they alleged that Perez had stolen $1 million in rent payments from public schools.

“Why did you take money from a convicted fraudster to publish racist and anti-Semitic propaganda?” Corbin asked.

They’ll probably answer that one in their coming report on this matter, because, as González and San Martín put it: “Transparency is a core operating value of journalism. Our news organization itself is an institution in our community, and we should hold ourselves to the standards of transparency that we expect of the institutions we cover.” 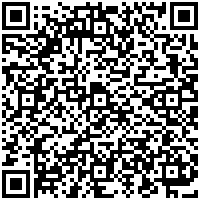