Home InDepth Columns Protecting Jewish Cemeteries In Poland And Around The World
Share on Facebook
Tweet on Twitter
Last week I wrote about the discovery of human remains beyond the fence of a Jewish cemetery in Bilgoraj, Poland, showing that the boundaries of the cemetery went beyond the supposed size of the protected site. Being unprotected the extended area was sold and building projects were planned and begun, to the dismay of any Jew who is familiar with the subject.
These events in Bilgoraj, sadly, are not unique. All over the world there are old Jewish cemeteries that have not been properly surveyed and, therefore, encroached upon. This is happening, not only in Poland or Eastern Europe. The oldest Jewish cemetery in America, located in Lower Manhattan, has a wall and a fence around it. Recent plans for a subway have revealed that the cemetery actually extends onto the sidewalk and street.
Over the years, sometimes, it becomes impossible to know the exact boundaries of a cemetery without an extensive survey. But without a local presence it is very difficult, at times, to do these surveys or to protect these sites without defined boundaries.
There are many ways to find the location of cemeteries and their boundaries. Some are better than others and some used by the international community are considered not acceptable for Jewish sites.
Most cemeteries in Poland have been defined using old maps found in local city halls or in Yizkor Books. In other cases pictures can be used where landmarks can be recognized, while others were defined through memory. The problem of relying on memory is that it is not always exact. There have been instances in which work had been done on a cemetery trying to repair or replace tombstones where, instead of protecting a grave, the digging of the foundation actually reached into the grave itself.
At the death camp in Belzec Poland, the government had planned a survey to find the mass graves that people said were scattered around a large open field. The archaeologists used a technique taking core samples from the ground in order to find these graves. This meant drilling into the ground and examining the soil for bone fragments. Where fragments were found it was understood that a grave was present on the site. While acceptable to many non-Jews, this technique is forbidden by Halachah, because it damages the remains that are found.
Another method used with some results is dowsing. This is a technique using two metal rods that react to different densities in the ground. For years, dowsing has been used to find water but I, personally, have seen it used in finding unmarked graves in such places as Narol, Poland. While dowsing has been used with some success it is not always accepted as there is no real image or physical evidence of any findings and many people view dowsing as a form of magic.
The best and halachically acceptable non-obtrusive scientific method available today is Ground-penetrating radar.
Ground-penetrating radar (GPR) is a geophysical method that uses radar pulses to image the subsurface. This non-destructive method uses electromagnetic radiation in the microwave band (UHF/VHF frequencies) of the radio spectrum, and detects the reflected signals from subsurface structures. GPR can be used in a variety of media, including rock, soil, ice, fresh water, pavements and structures. It can detect objects, changes in material, voids and cracks.

Examining the damage to the Jewish cemetery in Bilgoraj.

I first encountered GPR doing an archaeological survey at Shiloh in Israel. Shiloh had been the site of the Mishkan (the Tabernacle) set up by Joshua over 3,000 years ago. By dragging a GPR machine across the supposed area where the Mishkan stood we were able to see pillars and voids showing that there was had been something substantial in the area but that it had been buried over time. The machine had been brought to Shiloh by a man who had come from Russia having just completed a survey of a number of Jewish cemeteries in the Soviet Union.
This method would be perfect for surveying Jewish cemeteries around the world. Today’s newer models have advantages such as Global Positioning System (GPS) to exactly map out locations and are much easier to use then the machine I used in 1984.
A GPR machine has been also used in Romania by the Association of Jewish Romanians in America in the town of Beclean.
Some of the drawbacks of using GPR is cost and need of expertise in examining the data. The equipment is not inexpensive and it takes some experience to be able to understand the data correctly.
In Poland there are two organizations that deal with the preservation of Jewish cemeteries. The Foundation for the Preservation of Jewish Heritage in Poland,
http://fodz.pl/?d=1&l=en, and the Rabbinic Commission for Cemeteries in Poland led by Rabbi Michael Schudrich. Working together they have done a tremendous job protecting Jewish cemeteries in Poland, setting the standard for others throughout the world but, at this point in time, they can only work on problems as they crop up such as at Bilgoraj.
The mayor of Bilgoraj was right when he said in a letter to the Bilgoraj Society that they were fortunate that now that the cemetery was exposed there is a chance to correct the wrong and protect the remains of their relatives.
What we learn from this experience is that nothing can be taken for granted. Even if there is a wall or fence around a cemetery, unless it is a modern cemetery, a survey has to be done to ensure the sanctity of these holy sites.
Advertisement 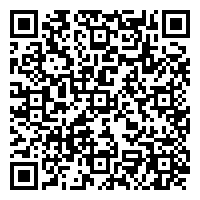