The scene: Harvard University, April 25, 1977. I am standing at a turning point – not one that will be written up in even one academic journal, but one I can almost see while still feeling dizzy from all the turning.

It is the spring of my junior year here, and I’ve just gotten back from one of Harvard’s most exclusive garden parties. Somehow I was invited to the Porcelain Club’s big bash. Maybe it’s because my boyfriend, Christopher, has been doing a lot of “power-seeking” lately, making friends in high places.


I was thrilled to be invited, but also terrified that someone would discover the mistake that had been made. What would they do if they found someone Jewish at the garden party? Throw me out?  Harvard is very liberal now when it comes to clubs, but you can see that deep at the very center of things, it remains as “WASPy” as ever.

Why would anyone suspect me of being different, though, since I was already there? My name isn’t especially Jewish. And I don’t really look Jewish anymore. My nose is nice, my hair is straight, and I’m tan and thin now. All those years of dieting have been worth it. What a culmination; I could be as slim and rich-looking as every other woman there.

When I got to the party, all I kept thinking was, “This is it. I have made it.” I’d thought I had made it to the top before, but, wow, way up here you can really get light-headed. I was at the garden party people don’t even dream of attending. Me, a one-time chubby, frizzy-haired, middle-class Jewish girl from Queens. Me, brushing my bony shoulders past the sons and daughters of the most powerful people in the world. It was such a joy to revel standing there, classically poised in my white sundress. I fit it!

So I figured I’d just stroll on over and talk with some old chums – Caroline Kennedy and her cousin, Robert F Kennedy, Jr. Then I’d kind of glide over by the dainty tea sandwiches and chat for a bit with the Rockefellers and Moynihans. The only problem was that I couldn’t move. I was afraid even to breathe. Could I do it casually? And if I blinked, would this whole scene disappear? It looked straight out of some fantasy or The Great Gatsby. So I just stood there, thinking. How did I get to be here on this hedge-enclosed, perfectly trimmed lawn among these people? Then the answer hit me: by running away.

I started running away years back, whenever my relatives came over. Our cramped apartment would always smell sweaty as soon as they’d arrive. There was loud chattering and cheap cigar smoke. When they’d all get together for the Passover Seder, their deepest discussions (between huge mouthfuls) were about how fluffy the matzah balls were that year.

I slammed the door on all their mediocrity. Their lower-middle-class tentacles were trying to suck me in, too – but I wouldn’t let them. I was different. I was un-Jewish and airy. I was the kind of person who loved to run through meadows and forests and across beaches in the wind – barefoot, hair flowing, and in my beautiful patched jeans. And I was going to get out of their clutches and become something great. Something un-Jewish – rich, beautiful, famous, and skinny.

So five years later, there I was at the garden party, unable to imagine any place higher. And all I was doing was standing there, feeling relieved that nobody was noticing me.

Slowly, very slowly, I started moving from one group of people to another. I was dying to hear what the very rich and beautiful said to each other.

After a while, though, it began to dawn on me that everybody there was doing the same thing I was doing. Everyone looked like they were dying to hear words of significance. Everyone’s eyes were darting about, straying far from the people talking to them.

I did, at one point, find a singular group of people talking animatedly. They were discussing a Newsweek article, just as anybody could. Each moment felt frozen and too clich?d to be real. But then, I guess that’s how clich?s come about – by describing the way things actually are. There, atop the peak of fame and fortune, was nothing. The ice cubes clinking in the glasses everyone was holding seemed to have more warmth than the people holding them. Aunt Selma, come and sing the praises of fluffy matzah balls. It would be thrilling compared to this. Everybody at this elite party was bored through and through. And it was exhausting having to look expressionless for so long.

Suddenly I felt that a gigantic cloud had lifted. It was really odd that I felt that way because, actually, more and more storm clouds were suddenly filling up the sunny sky. “There honestly is nothing special about the big shots in the world,” I kept thinking. “I’ve been given the chance to see that they also have nostrils close up – but almost no breath of life inside. And a half hour ago, I would have sold my soul to be one of them.”

So, then, what was left to strive for? If there was nothing up here on this peak, was there nothing at all above it?

It sounds too unreal even to put in a movie, but right then the clouds burst. A terrific thunderstorm came pouring down on all the skimpy white dresses and tanned, bony shoulders. It came down on all the perfectly spread tea sandwiches. The whole shebang instantly became one big, sloshy mess. All the guests frantically ran off the manicured lawn to find shelter, so their naturally-styled hair wouldn’t get ruined. The privileged garden party had just collapsed before my eyes.

I skipped home alone, not bothering to find out where Christopher had run off to. It must have been years since I had gone skipping through the streets. But on this suddenly transformed, rainy afternoon, Cambridge was glistening for me. I skipped all the way back to my dorm, singing out loud, splashing in puddles, and thinking, “There is something more. Something more than being rich or famous or beautiful. Something even more exclusive than Harvard’s Porcelain Club. The next generation’s potentially most powerful had been at the party. And even they couldn’t stop the rain from falling.”

Mrs. Bracha Goetz is the author of eight children’s books, including What Do You See at Home?, What Do You See on Chanukah?, and The Happiness Box. In her newest picture book, The Invisible Book, a child learns about the invisible nature of many things that are real.  And even though the book is “invisible,” you can find it at Jewish bookstores and online at Judaica websites like Eichlers.com. For Bracha Goetz’s delightful presentations, visit www.host-a-jewish-book-author.com. 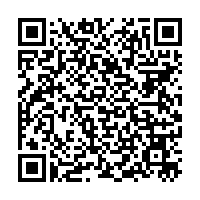