Stephen Sondheim’s most famous song is “Send in the Clowns.” He explained in a 1990 interview:

“I wanted to use a theatrical reference meaning ‘If the show isn’t going well, let’s send in the clowns’; in other words, ‘let’s do the jokes.’ ”


He explained that the line “Don’t bother, they’re here” means that if we haven’t noticed the clowns have already arrived, we are the fools.

Do you see how Sondheim’s explanation of his lyrics fits this year’s presidential campaign so perfectly?

Take Donald Trump, for starters. The media love this man. He’s great for ratings. Lets face it, he looks like a clown with his ridiculous cantaloupe-hued helmet of hair and facial expressions that are pure slapstick. He looks like a Mack Sennett creation and often talks like one too.

At the recent AIPAC convention he assured the crowd that no one knows more about the Iran deal than he – “NO ONE, BELIEVE ME,” he fairly shouted.

The crowd didn’t, and laughed.

Journalists and pundits initially thought all they needed to do was point out the seemingly endless laugh-inducing and ridiculous things Trump says and celebrate all the stumbles he makes and his run for the White House would come to a quick and ignominious end.

The fact that this has not happened and that he is almost certain to become the Republican nominee (unless GOP leaders can pull off a coup at the party’s convention in July, and there is plenty of evidence they are working on just that) has caused media types and liberals (but I repeat myself) to gnash their teeth and redouble their efforts.

Then there is Hillary. She at least knows how to look the part of a presidential candidate. It’s her record that’s laughable…or perhaps it depends on what makes you laugh. The comedic model for her is Groucho Marx – his style of snappy backchat, obfuscation, and surreal statements fits perfectly.

Interviewer: “Mrs. Clinton, don’t you believe that as secretary of state you should have taken responsibility for the fact that your department ignored the numerous requests from your ambassador in Benghazi to upgrade security at the embassy?”

Hillary: “Listen here, do you think the secretary of state has nothing better to do with her time than worry about what’s going on in her department? Why, she has e-mails to read – top secret e-mails! Now just let me try and remember which of my servers all those pesky top secret e-mails are on. Oh, I know, it’s the same one where my Nordstrom account is…. Gotta go and see what the special offers are… Wait, I didn’t order that pink dress. Someone has hacked my account. What’s the FBI’s number? Forget Benghazi – this is an emergency.”

Then there’s Comrade Sanders, the Dear Leader, proud son of the People’s Democratic Republic of Brooklyn. He has returned to his roots – as long as you weed out the adjective “Jewish” from those roots, that is.

When Sen. Sanders thanked his supporters for his victory in the New Hampshire primary, he spoke with noticeable feeling and nostalgia about his upbringing as “the son of a Polish immigrant who came to this country speaking no English and having no money.”

I’m sure that statement just thrilled them in Polish neighborhoods all over the nation. Bernie Sanders – proud son of Poland!

Bernie is more Jerry Lewis than Groucho Marx. “I am a life-long Socialist…Oops… I didn’t say Socialist…I said Social Democrat!”

Bernie is the Robin Hood of the moment. He will take from the rich and give to the poor. Bernie cares. When it comes to Jews though (remember, he’s Polish), not so much.

He supports the Iran nuclear deal, for instance. “Feel the Bern” seems an apt slogan from a man who supports Iran having the ability to develop thermonuclear warheads as well as intercontinental missiles to drop on Israel or even New York.

But Caring Comrade Bernie at least has a comprehensive command of foreign policy. Well, doesn’t he? Oh. Never mind.

Seriously, though, can you imagine what this sage sounds like when he makes his pitch to newspaper editorial boards? No doubt it goes something like this:

Israel is, um, terrible! Let me just find my notes here… em…uh…and they killed ten thousand civilians in Gaza…Where are my notes?…They may even have been a hundred thousand; let me check that. And that’s after they killed another hundred thousand by denying them their own water. I believe I learned about that atrocity from an enchanting young college student at one of my campaign rallies. Well, as a Polish American I am appalled. This has to stop…Oh! I found my notes…nope, that’s the shopping list…

Then there is Sen. Ted Cruz, who has little chance of beating The Donald and none, I believe, of beating The Hillary. Forgive me if I ignore poor Gov. Kasich. I only do so because everyone else already has.

And just last month some fifty former U.S. security officials – Republicans all – released an open letter castigating Donald Trump as “fundamentally dishonest” and “utterly unfitted for the office” of president.

I recently returned from lecturing in Europe, and people there are truly perplexed as to how a nation of 320 million people cannot produce candidates for the most powerful office in the free world who are not mediocrities, or out-and-out jokes, or dangerous threats to international stability.

Then again, if we the people (or at least a depressingly large number of us) have not, as Sondheim wrote, noticed that our presidential candidates are so flawed that it’s difficult to know whether to laugh or to cry, ultimately it is we who are the fools. 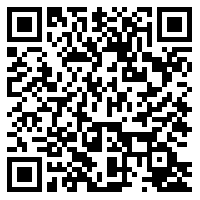