The White House denied reports that the fact that Saudi King Salman failed to greet President Barack Obama at the airport, after greeting Gulf State representatives just before Obama landed, meant US-Saudi relations are in a crisis. Administration officials are insisting the president and the king “really cleared the air” in their Wednesday meeting afterwards.

When he arrived, the president was greeted at the airport by the governor of Riyadh, and the event was ignored by Saudi TV. That same day, King Salman bin Abdulaziz and senior officials were seen on state TV greeting the leaders of neighboring Gulf states who were arriving for Thursday’s summit of the Saudi-dominated Gulf Cooperation council, which Obama will address.


Eventually, King Salman did greet Obama in the al-Auja palace, where they posed for a photo-op, where they said, “The American people send their greetings and we are very grateful for your hospitality, not just for this meeting but for hosting the GCC-US summit that’s taking place tomorrow,” and, “I and the Saudi people are very pleased that you, Mr. President, are visiting us.”

In the background of this obvious rude treatment of Obama is the Congressional bill allowing lawsuits against the Saudi government in American courts for the Sept. 11, 2001 crimes against humanity. The Saudis are threatening to sell their US assets if Obama signs that bill into law, making the kingdom liable for multiple billions of dollars in damages from the attacks on the World Trade Center and the Pentagon.

Former Saudi Intelligence Chief Prince Turki Al-Faisal told CNN his country plans “a recalibration of our relationship with America. How far we can go with our dependence on America, how much can we rely on steadfastness from American leadership, what is it that makes for our joint benefits to come together.”

Out of the 19 hijackers of the 9/11 attacks, 15 were Saudis. The Saudis sponsored the Taliban in Afghanistan (although, to be fair, the CIA started training mostly Saudi extremists to fight the Soviets there). It is highly probable that ISIS, too, receives financial support from elements in Saudi Arabia. 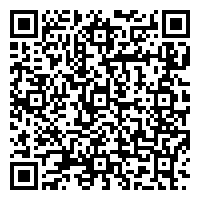