Employees of the Haifa Religious Council have deceived more than 100 couples who said they wanted to be married through the national-religious rabbinic organization Tzohar, Israel Police announced on Wednesday. A Tzohar initiative has made it possible for couples to register for marriage anywhere, and not strictly in their area of residence as used to be the case in Israel. The idea was to make less stringent Orthodox rabbis available to Israelis who didn’t wish for their wedding to be officiated by a Haredi rabbi. That change was received with great resistance on the part of the Chief Rabbinate, which is concerned for losing its monopoly on Orthodox weddings.

Police launched an investigation following a complaint by Tzohar that elements in the Haifa Religious Council are acting systematically against couples who register to be married by a Tzohar rabbi. Among other things, Tzohar accused the council of entering false information regarding the personal data of registrants. The complaint cites more than 100 such cases.

Police interrogated with a warning two employees of the Haifa Religious Council, one of them senior. Police also collected testimonies, seized documents, and executed a variety of investigative actions. As a result, police are saying they have sufficient evidence showing the alleged violations had indeed taken place because of the council’s objection on principle to Tzohar’s legitimacy. Police believe the senior council employee was aware of and turned a blind eye on the other employee’s mass violations.

Tzohar emailed JNi the following statement in response to the news story:

“Effectively investigating criminal action is critical for our national desire to rid out corruption and restore the public’s faith in those responsible for religious services in our country. It is deeply distressing that the rogue actions of a small group can so negatively tarnish the Jewish spirit in ways that have caused irreparable damage to the people of Israel.” 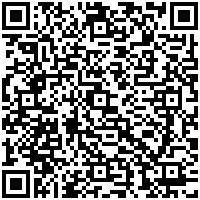