In the recent elections, the Israeli right-wing camp had a historic achievement and a unique opportunity to realize the key idea that we have fought for – fought all our lives for: to remove the disgrace and terrible threat of a Palestinian state, to develop the settlement enterprise in Judea and Samaria and realize our historic, national and legal right to the Land.

For three decades the national camp conducted battles in the streets, in the courts, in the media and in social networks. Now we have been given the opportunity to determine the fate of the settlement enterprise and the future of the Land, and you, Bezalel, as our emissary and our senior representative, have been given the opportunity to be the State of Israel’s defense minister, to lead this historic step and take a stand that represents Israel’s policy.

You have been given the opportunity to stop the Oslo train that has continued to hurtle toward the abyss ever since those accursed accords were signed, the pace changes but never stops. You have the power to restore the State of Israel to the path from which it was diverted, the path of confident Zionism.

These days of negotiations, you and the incoming prime minister, Benjamin Netanyahu are under enormous pressure from the American administration and from the Left at the same time and the media who all are having difficulty internalizing the verdict of Israeli democracy and the will of the people in Israel as expressed in the results of the elections. They are doing everything they can to minimize the achievement and to hold onto the dangerous hope of dividing the Land and establishing an Arab state in its heart.

To that end, it is important for them to move you to almost any other position, just so that you will not have the office of Defense Minister.

These anxious and stressed people are well aware of your ability to stand strong, of the confident Zionism that guide your political steps and the vision with which you seek to lead the State of Israel. It is precisely because of this that they exert all the pressure, including using people of the Right to weaken your just demands to stand at the most influential place in the next Israeli government.

The office of Defense minister is not just another job. We have no doubt that, as you have already proven when you were minister of transportation, you will leave a positive Zionist mark on any office that you will be given, but only as minister of defense will you be able to implement the goals for which you have worked all your life – this is the reason you entered politics; this is the reason that many people gave you their vote.

It is not in vain that you have arrived at this elevated position at this fateful time. 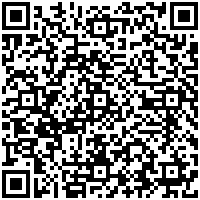