According to a sensational report by Awad Mustafa in DefenseNews, a Gannett publication, not only has Tehran signed an agreement with the United Arab Emirates over three disputed islands near the Strait of Hormuz, but it has also reached a possibly even more important accord with the government of Oman. Both of these agreements have vast implications for the oil trade, the world economy, and Iranian influence.


According an unnamed “high level UAE source,” secretive talks taking place over six months led to a deal on the Greater and Lesser Tunbs finalized on Dec. 24: “For now, two of the three islands are to return to the UAE while the final agreement for Abu Musa is being ironed out. Iran will retain the sea bed rights around the three islands while the UAE will hold sovereignty over the land.”

This is big news, but yet bigger potentially is the source’s stating that “Oman will grant Iran a strategic location on Ras Musandam mountain, which is a very strategic point overlooking the whole gulf region. In return for Ras Musandam, Oman will receive free gas and oil from Iran once a pipeline is constructed within the coming two years.”

Both agreements center around the Strait of Hormuz, the world’s most important oil passageway and vulnerability.

The UAE deal involves the tiny but strategic islands of Abu Musa and the Greater and Lesser Tunbs near the straits, occupied by Iranian forces since 1971, just as the UAE emerged as an independent country.

It’s not clear what granting to the Iranians “a strategic location on Ras Musandam mountain” means but Musandam is the very tip of the Straits of Hormuz and Tehran winning access to any sort of military position there could enhance its ability to block the oil trade as well as make trouble on the peninsula.

Oman’s role in facilitating the UAE-Iran talks, says the source, was approved by Washington: “Oman was given the green light from Iran and the US to reach deals that would decrease the threat levels in the region and offset the Saudi Arabian influence in the future by any means.”

(1) As if the Joint Plan of Action announced by the P5+1 and Tehran on Nov. 24 were not a disaster on the nuclear issue, it is also encouraging regional governments to appease the bellicose and ambitious Iranian regime.

(2) That the Obama administration seeks to “offset” Saudi influence with Iranian influence sounds unlikely – but given the geniuses occupying the White House these days, who knows? (January 15, 2014)

In similar fashion, one would now expect an even stronger denial from Tehran, as well as one from Musqat, the capital of Oman.

Three days after the DefenseNews article, however, silence reigns. As best I can tell, news reports in all languages, including Arabic and Persian, on this alleged deal derive from that single report. This could either mean that its author, Awad Mustafa, struck gold or it is completely off the mark.

If Cuomo Goes Down, So Should Whitmer, Newsom, Murphy, and Wolf 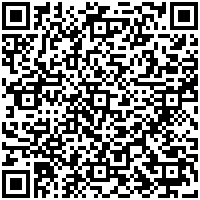