The way most of us pray today is very different to the way it was originally intended. What goes on in most Jewish “houses of prayer” of whatever community, denomination, sect, or form is usually far from an exciting, uplifting spiritual experience.

According to Maimonides (Laws of Prayer Chapter 1:11), it remains a Torah obligation to relate to the Almighty every day and in one’s own way, regardless of what may or may not happen in a synagogue. The Hebrew “to pray” is Lehitpallel, which literally means “to express oneself”. How many people do? We tend to rely entirely on what other people have said. Yet the formal prayers we have were initially only intended to be a menu of suggested ideas for those who could not find the words themselves.


There is a dichotomy between personal, private prayer and public communal prayer. Their functions are entirely different. The Torah ideal remains that individuals should find spontaneous, subjective, and personal ways of connecting with how they understand the Divine presence. This is what is called “Deveykut”, actually engaging with God. This can rarely be done in a crowded synagogue surrounded by others who often have no interest in such activity. It cannot be done while a cantor performs, and most of all it cannot be done “on command”. Sometimes for a moment, such as Kol Nidrei, this effect can be achieved. But it rarely survives long. Only in a very few situations, such as those yeshivot with a strong tradition of prayer, does one experience extended concentration and excitement. For the average Jew living in no such rarified situation, synagogues in general simply do not offer this experience of the Divine. The Great Synagogue in Alexandria, where flags were waved to let distant parts of the building know when to say Amen (TB Sukah 21b), cannot possibly have been a place of personal engagement with Heaven.

The services we have nowadays perform very different functions. They are primarily to give us a sense of community and to actually get people together in ways that most religious obligations do not. Judaism makes demands on us both as individuals and as members of the community of Israel. Personal prayer remained personal. Yet over time personal prayers and petitions were incorporated into the “prayer” format, for convenience.

Herded into claustrophobic, foul ghettos, under Christianity and Islam, most Jews wanted to escape the overcrowded hovels they often shared with animals. The synagogue was the only large and airy building in the community where one could go to chat and study as well as pray. One needed to come and leave together for safety. That was where they wanted to be and to spend as much time as possible. No wonder the services got longer and longer.

The prevailing culture was also one in which any educated persons expressed themselves in poetry. Hence the great payyatanim, who spread under Islam from Israel to Spain to Northern Europe and churned out religious poetry in formal structures and conventions that were incorporated into services but no longer resonate with most of us.

The great mystic Rabbi Yitzhak Luria was responsible for introducing songs, for walking out into the fields, praying on the hills of Safed. The attempt to experience God moved from man-made structures to nature and back. The existential aspect of prayer, its singing and ecstasy as much as its communal aspect, influenced the great Chasidic reformation. But then like all revolutions, over time it lost its iconoclasm and creativity and sank back into formality. Still to this day in many Chasidic courts you will hear singing and ecstatic prayer that would be unimaginable in most synagogues in the West. 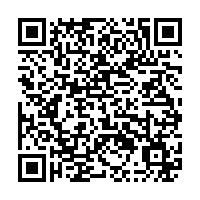