I wanted to say goodbye and show you the respect due to a tenacious adversary. Many US Jews, and even a few here in Israel, thought you were a friend. But for us settlers, there was no question that you were a challenger, a formidable foe.


It was easy to determine.

You and your team condemned our homes and lives in the West Bank as “illegitimate,” and branded us “occupiers.” Now, it is one thing to theorize that Israel should rip up settlements and part with our ancestral lands for the sake of a compromise to end the conflict. But it is quite another to say that our presence in these areas is “illegitimate” or that Israel is an “occupation.”
For us “settlers,” the West Bank of the Jordan River — Judea and Samaria — is the Jewish historic heartland, where most of our people’s foundational stories took place. From our perspective, living here is key to giving the modern state of Israel its rooting in Jewish history and connecting it to the two previous Jewish commonwealths that existed on this very soil. If we weren’t here, the historic foundations of our connection to this land would be undermined. If we have no rights to ancient Hebron, we certainly won’t have them to modern Tel Aviv.

Furthermore, it is a core settler belief that evacuation from Judea and Samaria — Israel’s mountainous highlands — would undermine Israel’s security. The 2005 Gaza evacuation and immediate takeover by Hamas proved us right. Today, three wars and more than 1,000 of our casualties later, more than half of our country agrees that, as jihad becomes prevalent in the region, the last thing Israel needs is Palestine looking down on us from the mountaintops.

So, while you obsessively condemned us in Paris, at the Security Council, and in your last interview, as illegitimate occupiers, we see ourselves as historically legitimate, having a deep connection with our land and on the front lines of the battle to defend our small country.

However, your attack on Israel went beyond criticism of the settlements. If we were keeping a scorecard of the boxing match between you and Israel, I would say that you landed three big punches:

Iran — In your steadfast embrace of Iran, you dropped the sanctions and released millions of dollars into the coffers of the world’s number one terror exporter and a dangerous and determined hater of Israel. You legitimized the jihadists while delegitimizing the only light of liberty in the region, the Jewish state. Big point for you.

Jerusalem — In the Supreme Court case “Zivotofsky v. Kerry,” lawyers for your State Department successfully defended the idea that Congress cannot require the State Department to indicate in American passports that Jerusalem is part of Israel. In other words, you pushed hard to perpetuate the lie that Jerusalem is not the capital of Israel all the way up to America’s highest court, and won. Point for you.

Settlements — In your last days in office, you called for America’s abstention from an anti-Israel resolution at the UN, which derided the presence of Jews in Judea and Samaria and east Jerusalem in such famous Palestinian landmarks as… the Western Wall. You even supported a last-ditch delegitimization conference in Paris literally a week before you were no longer going to be a policy-maker in America — once again, to condemn Israelis as illegitimate occupiers on the world stage. Another big point for you.

However, the boxing match was not one-sided and you, President Obama, took a few punches as well:

The Middle East meltdown — You wanted the Arab world to rise during your presidency, but in fact, it plummeted into chaos. Without a strong American will and presence, the jihad turned on itself, killing half a million Syrians, with millions more displaced. The Arab Spring turned into a repressive blood-letting that we all lament. However, due to the infighting, many of our enemies have become weaker in the process. Point for us.

Donald Trump — Your policies, President Obama, which alienated the American people, allowed, in part, for the Trump phenomenon. The new president may be a wild card, but most indications show that he does not share your contempt for Israel, for Jerusalem and for the Jewish communities in Judea and Samaria. We are looking forward to the next four years. Point for us.

A stronger Israel — Strangely, we can thank you for the positive growth in Israel since you came into office. Inadvertently, you, President Obama, made Israel stronger. The average Israeli never bought into your charm and knew that you were an adversary. This helped Israel gain a new sense of self, a realization that though we have friends and allies, we cannot be a puppet state, and must act independently with our own best interests at heart. You helped bring about this healthy evolution in the Jewish state. Furthermore, your pro-Iran stance propelled Prime Minister Benjamin Netanyahu as a player on the world stage and gained him, and Israel, popularity in the US and around the globe.

Moreover, with all the threats of the Boycott, Divestment and Sanctions (BDS) movement damaging Israel, which you have tacitly supported, Israel’s economy is booming and the world can’t get enough of what we have to offer. Finally, in spite of your efforts, and probably to your great consternation, there are more Israelis in Judea, Samaria and east Jerusalem today than when you started. Indeed, Jewish communities are flourishing, and there is more political support for the Jews of Judea and Samaria then ever. Big point for us.

On balance, given that you’re not living on Pennsylvania Avenue anymore, but we’re still living in Beit El, Efrat, Ma’ale Adumim and Shilo, I think Israel wins. But we have no doubt that you’re not down for the count. I hear that you are the first US President since Woodrow Wilson who will remain in Washington after his term, and I bet you will find a way to affect global affairs and spar with us once again. I assure you, though, that we here in Judea, Samaria and east Jerusalem intend on staying put, as well.

We wish the American people well, as they — and we — put your presidency behind us. 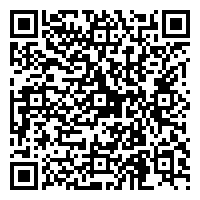