This year, we added one more tragic event to the 10th of Tevet (if you don’t know why the 10th of Tevet is significant, hang on because this article might be for you): a horrific terrorist truck-ramming murder committed at the pastoral Armon HaNatziv promenade (the “Tayelet”) overlooking the Old City of Jerusalem.

On this sunny Sunday, four young Israeli soldiers, who let their guard down on a fun day of touring, were suddenly mowed down by a Jihadist who used his truck as a mechanized wrecking ball. This year’s 10th of Tevet Fast was the final day for 20-year-old Yael Yekutiel of Givatayim, 22-year-old Shir Hajaj of Ma’aleh Adumim, 20-year-old Shira Tzur of Haifa, and 20-year old Erez Orbach of Alon Shvut. Many more are still recovering from wounds that will forever alter their lives.


However, underlying this attack is much more than the supposed “Lone Wolf” phenomenon, and painfully, and not coincidentally, it occurred on the 10th of Tevet Fast precisely because Jewish history wants to tell us something, and help understand where we need to shape up in this great effort to reestablish a third Jewish commonwealth in the land of Israel.

The Four Reasons for the Fast

The traditional fast of the 10th of Tevet marks three major calamities in Jewish history:

1. The death of the great leaders of the return to Zion, Ezra and Nechemia in the 5 century BCE.

2. The loss of the unique Jewish narrative as epitomized by the forced translation of the Torah into Greek initiated by King Ptolemy II of Alexandria approximately two centuries later – whose goal was not to connect to God through the Bible – but to reduce the value of Torah to the level of any other book in his great library, and

3. The beginning of the siege of Jerusalem by the Babylonian King Nebuchadnezzar in the 6th century BCE which lead to the destruction of the First Temple and the loss of Israeli sovereignty in the land of Israel.

4. In modern times, the 10th of Tevet took yet a another dimension: the General Kaddish Day, the Yorzait when the prayer for the deceased is said over people who perished in the Holocaust but whose exact day of passing is unknown. It is customary to light candles, to study Torah in their honor, and to recite the El Male Rachamim prayer in the synagogue.

However, the horrific truck ramming on a beautiful sunny 10th of Tevet is a nudge from Jewish history and it whispers to us that all four reasons for mourning on the 10th of Tevet are NOT things of the past, but are very relevant in today’s strategic, political, and spiritual milieu.

We can just as easily mourn for the loss of the Jewish narrative today as the one lost 23 centuries ago. When I do reserve duty, I test my comrades on their knowledge of the Bible. Their lack of basic Bible literacy is appalling. Our people simply do not know Bible anymore. In addition, and maybe as a result of, my army friend’s political opinions are in line with the postmodern idea that all claims have equal validity. While they have a gut sense that Israel needs to fight to survive, they can’t express why Israeli rights are any stronger than those of the Palestinians.

We Israelis are a lot of things: we are the start-up nation, a social-justice nation, a Western liberal democracy. But we are certainly losing our narrative as an ancient Biblical people, and an indigenous people of this land. We fail to directly disavow the assertion that we are foreigners, occupiers, colonialists. When the world tells us we have stolen Palestinian land, we emphatically proclaim that we invented the cellphone, have gay rights, and fly to help countries like Haiti after the earthquake. We do not talk about our Bible, our glorious history in this land, our prophets and our fighters. The Palestinians, on the other hand, have appropriated our story. Now THEY are the small, indigenous, plucky rights-fighters who die to liberate the land from us.

Two and half thousand years ago, Ezra and Nechemia brought a sense of identity to the people. They brought them out of Babylon, helped them throw off foreign influences (and wives) and plugged them into the Zionist story, and Zionist action, building a wall for Jerusalem and reconstituting a Temple. They fought back against interlopers who claimed rights to the land and who said that they also had a Jewish narrative, and a connection to the land. Ezra and Nechemia were possessed by their “Zionist” goals and infected their followers with that zeal. When they died, the nation mourned and fasted because they knew that without great leaders, it is hard to have the confidence to fight physical and cultural wars.

So too today, we are now past the age of the Zionist Founders whose resolve, vision, and courage led us in the first years of the Zionist enterprise. Now, we are in the age of leaders who manage the situation, and manage it well. But they are not sure of the justice of our cause, for they too have been corrupted by post-modernist setting which allows for the possibility that the anti-Israel narratives are also legitimate. Our leaders today are filled with fear which they disguise as pragmatism, and which, in practice, results in Israeli ambivalence towards full assertion of our rights in this land and an inability to denounce Palestinian claims. The Oslo process, Land-for-Peace, Two-State, and the Gaza withdrawal, were, in-toto, the embodiment of weakness and Israeli leaders led the way.

Then we have the the 10th of Tevet’s main impulse – the mourning for the loss of actual sovereignty 2500 years ago – starting in Jerusalem. Sadly, this malady is also with us today. The truck-ramming terrorist, who ran over the soldiers on the promenade in Armon HaNatziv, came from the adjacent Arab neighborhood of Jabel Mukaber which looks over the Old City. This strategic area is, on the one hand, totally within the borders of municipal Israeli Jerusalem, but on the other hand, it is a cesspool of Jihadism. This Jerusalem neighborhood produced Alaa Abu Dhein (26) the perpetrator of the Mercaz Harav massacre who murdered 8 young students, Uday Abu Jamal (22) and Ghassan Muhammad Abu Jamal (32) the perpetrators of the Har Nof synagogue massacre who murdered five rabbis, and Fadi al-Qanbar, the 10th of Tevet truck-ramming terrorist. They all came out of quaint, big-housed, no checkpoints, Jabel Mukaber.

The reality of such a neighborhood existing in the heart of Jerusalem, and Israel’s inability to extinguish the fire of Jihad spreading out of it, represents the loss of Israeli sovereignty in the capital of the Jewish State – comparable to Nebuchadnezzar’s siege on Jerusalem which ended in destruction of the first Jewish commonwealth.

Finally, the 10th of Tevet reminds us of the Holocaust as it is the General Kaddish – prayer over the dead – Day. The Shoah, essentially, is when Jews were murdered en masse for being Jews. I have met members of the Sayeret Matkal commando unit who stormed Entebbe in 1976 and rescued the Israeli hostages there – all because they believed in the principle of Never Again, that is, never again allowing the Holocaust to happen to our people. Yet, somehow, we have lost Never Again as a principle, and we have lost the fervor of stamping out Nazism. Now, a Nazi Jihadist ideology is flourishing in the midst of the Jewish capital, and wanton murder of Jews as with the murder of Yael, Shir, Shira, and Erez on this 10th of Tevet, happen to our people all the time. For the families of those victims, it is indeed a personal Holocaust.

Will We Learn from History?

On this 10th of Tevet, as I watched the news coverage showing video of a Jihadist-driven truck purposefully running over a group of Israeli soldiers, I waited for some commentator to mention what was so prominent in my mind – the unhappy coincidence of that today with the age-old day of fast and mourning. I did not see or hear any. 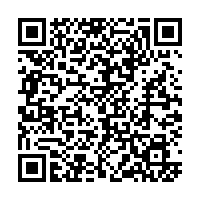