Former Congressman Anthony Weiner, who may be facing charges for sending sexual texts to a minor, who cut short his stay at an all-male sex rehab facility in Tennessee (30 instead of 90 days), is still hoping Huma Abedin will change her mind about divorcing him, according to a Liz Smith NY Post exclusive report.

A source close to Weiner told Smith: “He knows he’s hit rock bottom. But now they are both out of the limelight, they can focus on their son (Jordan Zain Weiner, 5). They are actually getting on pretty well, and he and his friends are hoping that they might reconcile.”


Weiner, a non-practicing Jew, and Abedin, a Muslim, were married in July 2010, with Former President Bill Clinton officiating. On August 29, 2016, Abedin announced her separation from Weiner after new charges of texting sexual messages had been made against him: “After long, painful consideration and work on my marriage, I have made the decision to separate from my husband. Anthony and I remain devoted to doing what’s best for our son, who is the light of our life.”

At this point, the disgraced former Congressman is broke and does not stand a chance to regain any of his lost prestige. Last August, the New York Daily News dropped Weiner’s columns on New York City politics, and TV news channel NY1 removed him from their list of onscreen panelists. 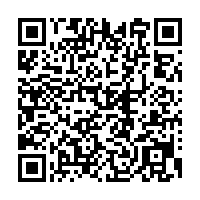