Despite the terrible news late Monday of the driveby murders of Dan Yehudah of Chomesh and Doron Zisserman of Einav and other terrorist acts, there is the definite sense that there is an overall lessening of Palestinian violence. While we do not delude ourselves into thinking that the so-called cease fire is essentially anything other than Arafat?s latest ruse, one would have to be inhuman not to take some comfort in the fact that at least for the short run, less people will die or be maimed. And, because we think that a cease fire is in Arafat?s short term interest, we believe that one will take hold. Yet at the same time, while we savor the respite of sorts, we must also focus on the dangers that are already emerging.

In sending CIA Director George Tenet to the Middle East rather than someone from the State Department to try to arrange the cease fire, President Bush seemed to be acting in accord with Prime Minister Sharon?s insistence that the issue of a cease fire must be considered separate and apart from any substantive issues between Israel and the Palestinians. That is, as a security expert, Tenet?s mission was surely not anything other than to try and get the shooting to stop. And Secretary of State Colin Powell is repeatedly quoted as saying that there must be a period of quietude before the resumption of substantive negotiations, a probable allusion to the Prime Minister?s call for a six-week period of total cessation of violence as a precondition to going back to the negotiating table.

To our mind, this and other conclusions in the Report represent a repackaging of the Clinton approach of a proposed outcome that is not the product of negotiations, but of superimposition from the outside. Arafat?s ability to end-run direct negotiations by appealing to third parties seems about to get a second life.

Moreover, although Prime Minister Sharon is properly requiring a six week period of quiet before beginning to negotiate in order to ensure that there is no hint of rewarding violence, Foreign Minister Shimon Peres has joined UN Secretary General Kofi Annan and Arafat himself in calling for substantive talks to commence immediately!

The pressure on Prime Minister Sharon to cave-in on the question of when to resume negotiations can be expected to intensify. We trust he is up to dealing with it. The last thing Israel needs now is for Arafat to think once again that violence works. 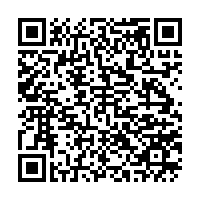