We applaud the overwhelming congressional override of President Obama’s veto of the 9/11 victims bill. The Senate voted 97-1 and the House 348-77 in the override effort. The bill, which has now become law, allows families of those killed on 9/11 to sue Saudi Arabia over what many believe to be the involvement of Saudi officials in the attack. It creates a 9/11 exception to a 1976 law that gives foreign countries immunity from being sued in federal courts. While the families would still have to prove their cases in court, the new law revolutionizes the process by empowering plaintiffs to request documents from the Saudis under the threat of federal court legal sanctions.

In addition to providing for some possibly serious justice, the bill puts a dent in Mr. Obama’s imperious habit of treating foreign affairs as his exclusive plaything. Secret deals accompanying the wildly unpopular Iran nuclear deal, to cite just one example, seem to surface almost on a regular basis, to say nothing of undisclosed codicils to the deal itself.


Predictably, several senators are having second thoughts after being exposed to Mr. Obama’s legendary blandishments. He continues to insist that all sorts of bad things could happen to American citizens if the Saudis were to adopt laws similar to the 9/11 legislation. It would also, the argument goes, negatively affect the Saudis’ relationship with the United States. A particular concern, it is said, is that the Saudis will pull billions of dollars in assets from the U.S. out of fear they would be seized in order to satisfy any judgments that may be granted.

Yet back in 1990 when Saddam Hussein invaded Kuwait and had his eyes on the vulnerable Saudis and their huge undefended oil fields, to whom did the Saudis turn for help? The United States, of course, and nothing has changed in that regard. Saudi threats are presumptively empty.

Even those supportive of the legislation are concerned by a provision that allows the attorney general to intervene in any lawsuit and halt the proceedings by informing the presiding judge that serious settlement talks are being conducted by the U.S. government and the Saudis. They say this is the same Trojan horse-type device that has allowed various administrations to perfunctorily assert that progress is being made in negotiations and trigger so-called presidential waivers of congressional conditions – respecting, say, U.S. aid to the Palestinians. But this does not take into account that for the first time we know of, a judge will have independent authority to accept or reject the government’s request.

In a general sense, our leaders cannot allow Americans to be wantonly killed with impunity. If cases for Saudi complicity are made, consequences must follow. 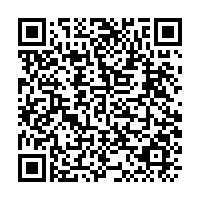