It was meant to be a very busy, but typical day (November 2, 2015) in my work as a tour guide in Israel. I was scheduled to meet a couple at Jaffa Gate for a 3 hour tour of the Old City starting with the new excavations in the Tower of David Museum, then meet up with another group in the Jewish Quarter, and finish the day with an after school program for elementary school girls who live in the Old City, telling them stories about Jerusalem and doing art projects that are related to the topic.

I met the couple – Jewish American tourists from NY named Stu and Corky – and we started to talk about the history of the area. While we talking, a young man, 22 year old Arab from Jerusalem snuck up next to me. He said in Hebrew, “slicha,” meaning, “excuse me,” as if he were about to ask a question. I turned to him expecting that he was someone who wanted directions to the Western Wall, as often happens to me while I’m guiding in the Old City. Instead, he took a heavy, glass bottle and struck me several times with it, breaking it over my head. By the second blow, I fainted. I woke up a little later on the ground, realizing what had happened, and that I was bleeding.


I was able to walk, so I made my way around the corner to the police station, assuming that Stu and Corky had run away, and that there was no possibility anyone would ever catch the terrorist. As soon as I arrived at the Police station, a van pulled up with “magavnikim” security personnel who are under the auspices of the army and police and serve in the Old City. “We caught him! We caught him!” they told me. I couldn’t understand how they knew who I was, but then I remembered the blood on my head. Just after that, Stu and Corky arrived to the police station. Amazingly, they had actually fought off the attacker and chased him. Stu was a volunteer firefighter, and knew from his training that chasing after him yelling would help draw the attention of the security forces, which it did (as well as ensuring that the person who was caught was the same one who carried out the attack which has been very helpful in the court proceedings). Corky, who had taught over 20 years in the NY, said she knew how to fight back as well.

It turns out that the entire incident was seen on camera (there are over 300 cameras throughout the Old City which are monitored 24 hours a day). The ones watching the cameras immediately contacted security forces in the area, and the terrorist was caught in moments.

Unfortunately, the rest of the day (which happened to also be my Hebrew birthday) was spent getting a CT and stitches in the hospital, and speaking with police investigators, and I didn’t make it to my scheduled plans. But, thank God, I wasn’t more seriously injured. I follow the Jewish tradition of married women covering their hair, and I wear a scarf that is wrapped in a way that has a good amount of padding on the top – exactly where he hit me. After the attack, the scarf also served as a bandage until the ambulance arrived, and they were able to start to take care of the wound.

But, of course, I was left with a dilemma: I have been guiding in all areas of Jerusalem for years, feeling safe to go and explore, and loving it! What do I do now? Should I continue to do this? Thinking through everything that had happened, I realized that actually, the area very is safe with all the police and army all throughout the city, and the cameras. And more than that, I decided that I’m not going to let terror keep me away from what I love to do, and all the more so, Jerusalem and guiding throughout Israel. I will continue to learn, explore, and guide in every corner of the city and the country: Gush Etzion, the Dead Sea, Tel Aviv, and in Southern Israel, showing visitors the inspiring history, and about the security situation.

Learning about the history, archaeology, and Biblical sources is very empowering. With all of the problems we are facing in Israel and around the world, I think that the healthiest response is to take the opportunity to strengthen ourselves in our knowledge, commitment to what we believe in, and physically (and yes, I’ve signed up for an awesome program of self-defense classes for women in Jerusalem!)

Just a week after the attack, I was back in the exact same place giving a tour, and was able to say the blessing thanking God for doing a miracle for me in this place, and I can say that on my birthday, my life was renewed for me.

A video of the attack: 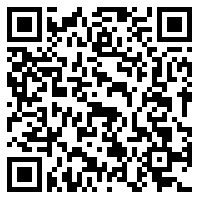