This is the first time, and as of now the last time, that I ever have written a farewell message when leaving a newspaper or website.

I never felt the need to do so, for whatever reason, whether it be age, ambition or simply the assumption that The JewishPress.com really is the last venue for which I will write news.

I thank the staff and management of The JewishPress.com for the opportunity and freedom to present the news in my perspective.

I thank them, as well as the readers, for having put up with my horrendous typos, and there is a lesson here from which others perhaps can learn.

I sat in the back of the class and since I was already used to my own hunt and peck system, I faked it and did not learn how to type with my fingers on the buttons and my eyes on the page.

The articles I wrote at my first job as a cub reporter were good reportage but a nightmare for the copy editor. I may hold the world record for the faster number of typos per minute.

It has haunted me until this day.

I use Word’s auto-spell feature and created a bit of shorthand. For example, I plug in “wh” to automatically be written as White House, which is fine so long as I don’t forget the “o” when writing “who” and ending up with a sentence like, “The Prime Minister, White House is visiting Europe today, said such and such.”

The lesson here is never to cheat or to try to pull a fast one, because it will slap back at you, one way or the other.

Another lesson learned from journalism, and this could be true for any career, is to beware of occupational hazards. I have written several times that the politically correct anti-Zionism press is nothing new, but it can brainwash even the most experienced journalist.

In 1981, when I was earning a big dollar as a senior copy editor at a major Canadian newspaper and deciding what the reader would read and would not read, I ripped off the UPI copy on the Peace for the Galilee campaign, now known as the First Lebanon War.

At the time, I had traded Judaism for journalism as the way to truth and had divorced myself from any religious observance. Zionism never was part of me because as a religious Jew when growing up, I couldn’t accept the idea of Israel as a Jewish, but not religious country.

Good journalism and the eternal spark within a Jew made me read between the lines of the reportage on the war. Every day, UPI reported that Israel was “invading” and “attacking” Lebanon and killing “freedom fighters.” Somewhere towards the bottom of the copy, there was a notation that the “freedom fighters” had rained rockets down on Israel.

It suddenly became clear to me that journalism was a lie, and thanks to UPI, I began the long and winding road back to Judaism and eventually to Israel, where I have tried to counter the PC media.

Another occupational hazard of being a journalist is sneering at everything, and I apologize to readers for having made hateful remarks about Reform Jews. I only can grudgingly apologize for the same kind of remarks about Reform Judaism, as it is mistakenly called, but I cannot escape the fact that such comments implicitly degrade Reform Jews and have little constructive purpose.

Unfortunately, the “Who is a Jew” question highly complicates the issue for Orthodox Jewish journalists. On the one hand, we need to reach out to every Jew, and who, better than I, knows the need to do so?

On the other hand, Jewish law – which means Orthodox Jewish law – cannot tolerate a Fifth Column that throughout history has been a danger to our souls and continuity.

On the issue of Jews living in the Diaspora, I have unfairly judged those who do not make Aliyah. It took me 39 years to come to my own conclusion that if Israel is the Jewish home, and if I am Jewish, then I am not at home outside of Israel.

I have nothing against the United States and certainly do not want to “spit in the well from which I drank.” However, the fact is folks, while the sun is setting on the American empire, Israel is a happy and spiritually healthy happy home. You can look at the negatives or at the positives, just as you can in the United States or elsewhere.

I no longer sneer at those who do not make Aliyah today – it took me 39 years – but Israel is home.

HaShem has protected me and given me a wonderful life at home.

The future of Israel is good. The country is vibrant and bubbling over with controversy, the same kind of positive energy, as recorded in discussions in the Talmud, that has kept Judaism alive and growing.

Our divisiveness is what keeps us together.

I am not dispensing advice to people who already are married and have children. I am offering advice to young people. The earlier you come to Israel, the longer you will be at home. 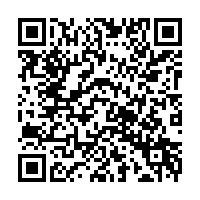