Jerry Lewis, one of the icons of Jewish comedians who drew millions to TV screens  in the 1950s , said in an interview that Donald Trump is “great” while Obama “never was prepared” to deal with the Islamic State (ISIS).

Speaking in an interview with Raymond Arroyo on “World Over,” Lewis sounded light years away from the days when he was a Democrat who supported John Kennedy and who raised millions of dollars for charity through TV telethons.

Lewis put a red line on being liberal when it comes to accepting Syrian refugees, which President Barack Obama has made into a platform while Trump doesn’t want them in the country.

Lewis is with Trump all the way on the refugee issue and said:

He decline to “knock” President Obama and suggested that the President simply was “never prepared” for ISIS, but that his uncertainty shows he is not a leader. “We’re not stopping them [ISIS], We are just reporting what they are doing. That is ridiculous,” Lewis added.

Trump is certain. Like Lewis in his hey-day, he also is an entertainer, and that scores well for Lewis, who said of Trump:

I think he’s great. He’s a showman and we’ve never had a showman in the president’s chair.

Arroyo reminded Lewis that Ronald Reagan also was a showman, but Lewis insisted, “Well, that’s different. You can’t make do a comparison on Ronald Reagan because I can do three hours on him with just praise, he was so good.”

There is bigger difference between Reagan and Trump The former President entered the White House after having been in politics as governor of California, or as wacky comedian Tom Lehrer once sang. “We finally have a President who can do a song and dance.” 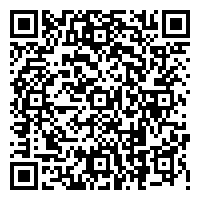