Two additional video analyses of the events surrounding the shooting of Shireen Abu Akleh (one embedded above, the other at the end of the post), show there is a very high likelihood that the Jenin terrorists are the ones who shot the Al Jazeera journalist. Thanks to research by Btselem, we now have a much better picture of where everyone was located at the time, making it much clearer that the Jenin terrorists, not the IDF, would have been better positioned to shoot towards the direction of the journalist.

Furthermore, most people have been focusing on the reckless shooter who was shooting around the corner in the first video. But there is a second group of Arabs in that video that come running out from the opposite end of the street, and they are yelling that they saw Arabs shooting, and claim to have hit an IDF soldier who is laying on the ground. That end of the street they came running from is just an alleyway over from road where the Al Jazeera journalist was shot.

We have Arabs, in real time, claiming they shot and took down an IDF soldier as they are running away from the scene. We know the terrorists were best positioned to shoot at the journalist. And the only person shot was the journalist wearing body armor.

So, who do you think is the most likely shooter? 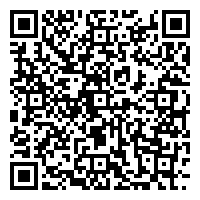