The year was 1992, Ari Fuld and I were drafted into the IDF as lone soldiers, and I, with my lousy Hebrew, found myself culture-shocked and overwhelmed by the experience.

At the Induction Center, the army piled equipment, bags and papers on us, warning us not to lose anything as they shuttled us from room to room for interviews, injections and everything else under the sun.


At some point I realized that one of the small equipment bags the army had just handed me was missing. I remember being so upset, but then one of the other new guys, seeing my distress, came over and asked me what was the problem. He then told me to hold on, and a minute or two later came back carrying a replacement bag with all the missing equipment in it, and he gave it to me.

Years later, I realized he had given me his own bag, then went off and replaced his own missing items.

That was Yehoshua Friedberg – always looking out for everyone else first.

In March of 1993, just a couple of days after I last saw him in Jerusalem on a weekend leave, Yehoshua was kidnapped and brutally murdered by Arab terrorists.

Ari was very close to Yehoshua, and every year that followed, Ari helped organize the Yahrzeit arrangements. Every year, on Yom Hazikaron, Israel’s Memorial Day, Ari would go around speaking to students about Yehoshua, organize a visit to Yehoshua’s grave at the Har Herzl military cemetery, and write articles to preserve his memory.

This past year, Ari himself was murdered by a terrorist, and once again I find myself lost and overwhelmed, wondering who will write and talk about Yehoshua.

In many different ways, over the past 28 years, Ari helped interpret the world for me. Ari put things in perspective, put them in their right place. He integrated our experiences into the Torah’s worldview. He was both my teacher and my co-conspirator in defending Israel and the Jewish people.

I was constantly in awe of his outgoing manner, his confidence and his skills, be it in teaching about Judaism and Israel, caring for individuals, verbally defending Israel against its haters, or in fearlessly physically leading the charge in our counter-terrorist unit.

Ari was an immovable rock you could always rely on to be there for you.

I felt like a Yehoshua bin-Nun to his Moshe Rabbeinu, and when Ari was murdered, I felt like Yehoshua must have felt when Moshe died.

Ari was a hero in life. He appreciated life. He tried to accomplish the most out of his time on Earth – and taught others to do the same. As anyone who ever met Ari would tell you, when you talked to Ari, Ari hung on to every word you said, and you knew he was giving you his full attention and cared about you.

I’ve said this in the past, Ari had a unique soul. Our Rosh Yeshiva, Rav Aharon Bina, said that it would take dozens of people just to begin to accomplish what Ari accomplished by himself in one short lifetime.

Now, Ari’s wife Miriam, some family members, close friends, Rav Bina and I have established a Non-Profit in Israel and the US to help preserve Ari’s memory, continue his legacy, and advance his teachings and activism.

We named it The ARI FULD Project. www.AriFuld.org

Rav Bina was right. It is a massive undertaking. We will transcribe Ari’s videos to create weekly Parsha sheets and publish books of Ari’s unpublished Torah thoughts, compiled in heaps of notebooks.

We hope to not just publicize his teachings, but to teach Jews how to be activists on behalf of Israel and the Jewish nation. We want to sustain Ari’s spirit in teaching Jewish students about Ari’s legacy, so they, too, become active, educated and proud Torah Jews – as Ari taught throughout his life.

As we remember Ari’s life on Yom Hazikaron, we understand our obligation to continue his mission. Ari’s life was cut short, but the preservation and dissemination of Ari’s legacy have only just begun.

From the beautiful rolling hills of Judea, Israel – Am Yisrael Chai. 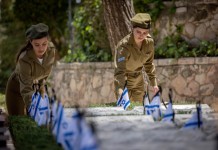 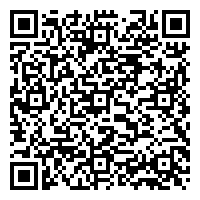