Editor’s Note: This is the twelfth installment of a multipart series on the life and times of the author’s grandmother, Freida Sima, who as a young woman came to America on her own in the early 1900s and made her way in a new country. The eleventh part (“Freida Sima, Max, and the Golden Years”) appeared as the front-page essay in the Aug. 19 issue; part thirteen will run in September.


In July 1974, Freida Sima packed her bags and returned to Brighton Beach in Brooklyn. Over the years she had spent most weekdays in the apartment she and her husband Max (or Mordche, as she always called him) had enjoyed together, but since his death in 1970, the Queens home of her daughter, Shirley, had become her home base.

Although arthritis made it increasingly difficult for her to walk, the kitchen remained her domain. It gave her pleasure to feel appreciated. Shirley and her husband, Chaskel, worked long hours in the travel business, and their young daughter (the author of this series) enjoyed the benefits of a “full time Baba.”

“It’s like raising another child,” thought Freida Sima, recalling Shirley’s teenage years. At least this one wasn’t running off to Young Socialist meetings like Shirley had, but rather to Orthodox youth activities and Soviet Jewry rallies.

More of the family was moving to Queens, and again she had family nearby. Her brothers Elish and Benny now lived ten minutes away. Her sister Sheindl and brother Tuleh from the Bronx and brother Abie from Washington Heights visited often. Brothers Srul and Leibush lived in Israel, and Freida Sima visited them there the summer after Max’s death. Sheindl had also come that summer, taking her to visit Sheindl’s late husband Naftula’s grave in Holon. When he got sick in America, Naftula dreamed of being buried in Israel and Sheindl spent her savings to fulfill his last request.

“But I’ll be buried with the family at Wellwood,” she promised Freida Sima, referring to the Long Island cemetery where the family had purchased plots decades before.

“And where will I be buried?” mused Freida Sima.

After Max’s death, Shirley and Chaskel had bought an apartment in Israel “for the future.” Suddenly the future was now. Soon after his 70th birthday, Chaskel sold his travel agency partnership and the family prepared to make aliyah, with Freida Sima set to join them a few months after they made the move.

Freida Sima loved America, her home for 63 years. However, she knew that at her age it was unrealistic to stay after Shirley moved. “And it’s not as if I don’t have brothers in Israel,” she thought, although she would miss her siblings in America. She loved them all so much, as she did their children.

The next four months passed quickly. Two weeks before she left, Freida Sima gave up the Brighton apartment, dividing her furniture among relatives and moving in with her cousin Max Scharf in Washington Heights. Abie and his wife, Minnie (Max’s sister), lived in the same building, and Freida Sima ate with them, savoring her last days in the U.S. and reminiscing about the past with the first brother she had brought to America 54 years earlier.

The family threw Freida Sima a last birthday party in America. Surrounded by her brothers and her sister, she cut the cake Abie had ordered, on which the words “Happy Birthday Sister-Mother” appeared in chocolate icing. Indeed, she had been both sister and mother to her American family, both before the war, when their mother was far away, and afterward, when she was gone forever.

“That’s what it means to be the oldest of ten children,” she thought, and of all her siblings, the one who suddenly came to mind was little Mendel, born between Abie and Benny, who had died in an accident when he was two.

Before she turned around she was living in Israel, in Ramat Gan, once again running the kitchen. In addition, she was going to ulpan along with Shirley to learn Hebrew. For Shirley – the language major – learning Hebrew turned out to be a lost cause while Freida Sima, at home since childhood with the Yiddish alphabet (which in fact was Hebrew), had no trouble reading texts.

But understanding modern Israeli Hebrew was another matter, and she never picked up enough to understand news programs. When Judy came home from school once and asked her why she was watching an Arabic program, Freida Sima answered that it was all the same to her – she couldn’t understand either language when spoken rapidly.

Srul and Leibush visited constantly, but it was sometimes difficult to follow their Yiddish, which was as peppered with Hebrew expressions as hers was with English ones. And the siblings found they had less to talk about than they’d first expected due to a lack of mutual experiences and the age gap – after all, when Freida Sima left Europe for the U.S., she was fifteen while they were five and three. It was easier for Freida Sima when the American family came to visit.

But Freida Sima’s joy at her siblings’ visits turned to grief when she received news of her brother Tuleh’s death from illness in America. Like many Israeli homes of that time, the Ramat Gan apartment had no telephone and Shirley first received the news when shiva was almost over. She decided to give her mother the news after thirty days so that Freida Sima would only have to sit shiva for an hour rather than a full week. 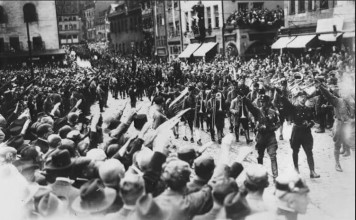 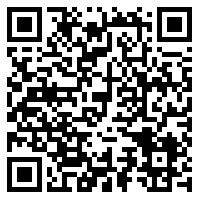