Shurat HaDin-Israel Law Center – which represents American families of terror victims who have won U.S. court judgments against Iran for its support of terrorist attacks in Israel – alleged this week that the Obama administration kept secret the details of large cash payments made to Tehran in order to evade efforts by its clients to recover those funds to satisfy outstanding court awards.

A letter to Congress from attorneys Nitsana Darshan-Leitner of Tel Aviv and Robert Tolchin of New York recalled that President Obama on January 17 announced the settlement of a legal dispute between the United States and Iran over $400 million held by the U.S. in a Foreign Military Sales (FMS) program account since 1979.


The administration agreed to pay the $400 million it conceded it owed Iran, plus payment of an additional $1.3 million in interest on that amount.

In recent weeks, the $1.7 billion, which was secretly paid out in cash, has come under scrutiny because the timing and circumstances of the payments appeared to confirm the Iranian claim that the White House agreed to pay the money as ransom to Tehran for the release of American hostages.

However, in light of revelations during a Sept. 8 Congressional subcommittee hearing, Shurat HaDin is asserting “it is now clear the administration has deliberately kept numerous payments to Iran secret in order to shield Iran from having to forfeit those funds to pay terror victims amounts Iran owes under outstanding U.S. judgments.”

Shurat HaDin says that under legislation passed in 2000, the U.S. was legally entitled to apply the $400 million in the FSM account to satisfy terror victims’ judgments, eliminating the $400 million balance and nearly 16 years of interest claimed by Iran.

The Shurat HaDin letter cites the “suspicious revelation” at the Congressional subcommittee hearing that the United States and Iran did not draft a written settlement agreement or any other formal documentation of the cash transfers, and that “Iran specifically directed the Iran-U.S. Tribunal at The Hague, where the claim was to be resolved through arbitration, that it not record the settlement of the claim for the parties.”

Shurat HaDin’s Darshan-Leitner said in a statement: “We believe that the secrecy in which these cash payments were made was part of an effort by the White House to conceal these payments from the terror victims and to hide the fact that it was effectively canceling Iran’s debt for its terror-related activity. This is a horrible fraud against the terror victims.

“It appears the secret cash transfers were specifically done as an end-run around the ability of the families to attach the money and enforce their federal court judgments. Instead, the administration went to great lengths to ensure that the $1.7 billion payment was shrouded in secrecy, never reduced to writing nor even recorded with The Hague, and was paid to Iran in cash as quickly and directly as possible.”

Shurat HaDin urged Congress “to take action to guarantee that further payments to Iran are not made as long as Tehran remains a state sponsor of terrorism and a threat to its neighbors “and until it has paid every judgment it owes to American victims of terror.” 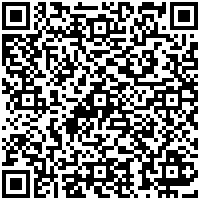