At the height of the Holocaust, Jewish leaders urged U.S. officials to “draft or deport” rescue activist Peter Bergson. Yet later this month, Jewish leaders from across the political and religious spectrum will co-sponsor a conference acknowledging Bergson’s role in promoting the rescue of Jews from Hitler.

The transports of Jewish refugees from Europe to Palestine that Bergson and his colleagues organized were labeled “floating concentration camps” by their opponents. Today, there is a museum in Israel dedicated to honoring the heroes of Aliya Bet (“illegal immigration”).


When 400 Orthodox rabbis marched to the White House in 1943 to plead for rescue, Jewish leaders blasted the rally as an “undignified stunt” and persuaded President Franklin D. Roosevelt to snub the rabbis. Yet today, Jewish schools of all denominations are adding material about the march to their Holocaust curricula.

What has brought about this sea change in the American Jewish community’s attitude toward the Bergson Group? How is it that those who were vilified and treated as pariahs are today widely praised for their actions during the Holocaust?

The story of the Bergson Group’s campaign against the Holocaust, and the Jewish leadership’s campaign against Bergson, begins shortly before the outbreak of World War II. In 1937, the Irgun Zvai Leumi, the underground militia in British Mandatory Palestine, began sending its most promising activists to Europe to smuggle boatloads of Jewish immigrants to the Holy Land.  Chief among them were Hillel Kook, Yitshaq Ben-Ami, and Alex Rafaeli. Dodging the Nazis and defying the British, they helped bring some twenty thousand refugees to Palestine during the tense months leading up to World War II.

In 1939, the Irgun sent Ben-Ami to the United States to organize support for Aliya Bet. He established an organization called American Friends of a Jewish Palestine (AFJP). Supporters included a prominent Reform rabbi, Louis I. Newman; magazine editor Harry Selden; and authors Frances and John Gunther (Death Be Not Proud).

The AFJP encountered vigorous opposition from some Jewish leaders. Rabbi Stephen Wise, longtime leader of the American Jewish Congress and Zionist Organization of America, who was deeply loyal to President Franklin D. Roosevelt, contended that Jews should support FDR’s pro-British policy and refrain from “anti-British agitation” over Palestine, “even if the Zionist cause suffered.” The Emergency Committee for Zionist Affairs – the coalition of major Zionist groups, chaired by Wise – said the Aliya Bet ships “resemble concentration camps.”

But Supreme Court Justice Louis D. Brandeis felt otherwise. He told one of Ben-Ami’s associates, “If I were a young man like you … I would be with you.” At a meeting of Jewish leaders in 1939, Brandeis rebuffed a suggestion that bringing Jews to Palestine in defiance of the British was “illegal.”

“It may be considered illegal by Great Britain, but we Jews consider it to be legal,” he said.

“It may seem odd that a venerated Supreme Court Justice would endorse breaking the laws of an American ally,” Ben-Ami’s son Jeremy later wrote. “But given America’s own traditions, I don’t find it surprising at all. The Jewish Underground Railroad that my father and his colleagues ran in Europe in the 1930’s was based on the same moral principle that energized the original Underground Railroad, which helped black slaves illegally escape the South. Both my father and Justice Brandeis, despite their very different backgrounds, understood that there are some principles that are more moral than the law itself.”

The UPA rejected the request because the passengers had been chosen randomly. Mainstream Zionist leaders preferred “selectivity” in immigration, meaning that only those European Jews who were trained as pioneers should be brought to Palestine. The funds to save the Sakarya were supplied instead by two Jewish philanthropists who considered themselves anti-Zionists, Lucius Littauer and David Donneger.

Ironically, the UPA later circulated a fund-raising brochure that featured a photo of one of the Irgun’s Aliya Bet ships.

Fighting for ‘The Right to Fight’

The outbreak of World War II made Aliya Bet almost impossible. Vladimir Ze’ev Jabotinsky, leader of the Revisionist Zionist movement and the Irgun, turned his followers’ attention to a different issue. In early 1940, Jabotinsky traveled to the United States to persuade the American government and public to support creation of a Jewish army to fight alongside the Allies against the Nazis. A number of Irgun and Revisionist activists in Europe followed Jabotinsky, including Hillel Kook, Alex Rafaeli, and Samuel Merlin. After Jabotinsky’s death later that year, the Irgun emissaries took up the Jewish army campaign, creating the Committee for a Jewish Army of Stateless and Palestinian Jews. Kook, a dynamic public speaker,

became its leader. (He used the pseudonym Peter Bergson to protect his family in Palestine, which included his uncle, Chief Rabbi Avraham Yitzhak Kook.) The group’s other leaders were Merlin, Rafaeli, Ben-Ami, Harry Selden, Jabotinsky’s son Eri, and a young Orthodox rabbi from Maryland, Baruch Rabinowitz.

The committee used tactics that were unorthodox for that era, including mass rallies, lobbying Congress, and full-page newspaper ads. Many of the ads were authored by Ben Hecht, the Academy Award-winning Hollywood screenwriter (whose credits included “Gone with the Wind”). The ads featured long lists of political figures, labor leaders, intellectuals and entertainers endorsing the Jewish army cause. Some of the ads were illustrated by the famous artist Arthur Szyk, a Bergson supporter.

The British Foreign Office and the State Department initially opposed the Jewish army on the grounds that it might anger the Arabs. But the Bergson group’s public pressure campaign, together with behind-the-scenes lobbying by Jewish leaders, eventually persuaded the British government to establish the Jewish Brigade, which fought with distinction against the Germans in 1945.

When news of the Nazi genocide was confirmed in the United States in late 1942, the Bergson group shifted its focus to the cause of rescue. To raise public awareness, Hecht authored a dramatic pageant called “We Will Never Die,” which debuted at Madison Square Garden in March 1943, starring Edward G. Robinson, Paul Muni, Stella Adler and Luther Adler. It was also performed in Washington, D.C.’s Constitution Hall, the Boston Garden, Chicago Stadium, and the Hollywood Bowl. All told, more than 100,000 Americans saw it.

During 1943-1944, the Bergson Group placed more than two hundred advertisements in newspapers around the country, to force the rescue issue onto the public agenda. With headlines such as “How Well Are You Sleeping? Is There Something You Could Have Done to Save Millions of Innocent People from Torture and Death?” and “Time Races Death: What Are We Waiting For?” the ads were soon being discussed on op-ed pages, in the halls of Congress, and in the White House.

On one occasion, First Lady Eleanor Roosevelt told Bergson that her husband complained that one of the ads was “hitting below the belt.” Bergson replied that he was “very happy to hear that [the president] is reading it and that it affects him.”

One of their ads was delayed when American Jewish Committee president Joseph Proskauer warned Bergson that the ad’s criticism of the Christian world’s disinterest in the Nazi massacres would be perceived as “anti-Christian [and] could well bring on pogroms in the U.S.A.” Bergson held back the ad on condition that Proskauer mobilize Jewish leaders to press for U.S. rescue action. When Proskauer failed to make good on that promise after six months, the Bergson Group went ahead with the ad. No pogroms ensued.

In the summer of 1943, the Bergson Group directly challenged the Roosevelt administration’s claim that nothing could be done to rescue Jews except winning the war. The group’s five-day Emergency Conference to Save the Jewish People of Europe, held in New York City with more than 1,500 delegates, featured panels of experts outlining ways to save Jews. The presiding bishop of the Episcopal Church, the Rev. Henry St. George Tucker, spoke at the conference despite Stephen Wise’s plea to him to withdraw. The involvement of Tucker and other public figures demonstrated the Bergson Group’s success in 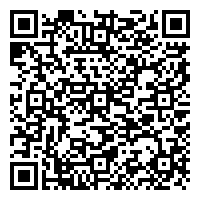