Thirteen years ago, on April 15,2003, Lt. Daniel Mandel, of the Nahal Brigade, was murdered by a terrorist. Only three weeks later, Daniel’s sister gave birth to a son. Daniel’s mother Cheryl told the young parents, “Don’t call this baby ‘Daniel.’”


Cheryl’s son in-law said, “No one is going to tell me what to call my son.”

The boy was named Gilad, a name which, when sliced in two (Gil and Ad) means “eternal joy.”

Thirteen years have passed since that sad and terrible Passover Eve, thirteen years since Daniel’s young life was stolen away forever. Now it is time for Gilad, the boy who came to life in the wake of an uncle’s tragic death, to celebrate his bar mitzvah. This is a boy with the weight of a family legacy on his young shoulders. A boy who must (and does) bring joy.

Just as Gilad’s birth and name are symbols of hope and continuation, joy and eternity, so is the famous Lone Oak Tree that stands as the very symbol of Gush Etzion where the Mandel family and Gilad live. This famous tree is hundreds of years old and remains at the center of a story of bravery and longing. The story begins only a few short weeks before David Ben Gurion declared the independence of the State of Israel.

Back then, Gush Etzion consisted of four kibbutzim. The families who lived there were under constant siege by the Jordanian Legion and by Arab guerrilla fighters. As the British Mandate was winding down to its inglorious end, the attacks became a near-constant fixture of life in the Gush. It was decided to send the women and children of the Gush to Jerusalem to wait out the war. It simply wasn’t safe for them at home any longer. Around 130 men and a small number of women stayed behind to defend their homes and all that they had built, hardscrabble, with their own two hands.

Just three days before Ben Gurion’s declaration of statehood, the Gush Etzion defenders were overpowered by the Jordanian Legion.  The Jordanians gathered the fighters together, claiming they wanted to take a photograph of the rout for posterity. Instead of photographing the group of defenders, the Jordanians murdered them in cold blood: shot them dead.

Gush Etzion had come under Jordanian control.  But once a year, the families of the Jewish fighters who had been so cruelly slaughtered, would gather on a high hilltop in Jerusalem where they could see the Lone Oak Tree in the distance, that 700-year-old-tree. That tree meant everything to them. Reaching that tree, returning and rebuilding the Gush, all of it was tied up in the symbolism that was embodied by that one lonely tree.

Finally, in 1967, during the Six Day War, Gush Etzion returned to its rightful owners, the Jewish people. Today, instead of four kibbutzim, there are 22 communities and a total population of over 70,000 people: men, women, and children. The Lone Oak Tree watched it all unfold, remaining steadfast, and most of all, there, where we yearned to be, until we too, were there.

It makes sense then, that the Lone Tree and Daniel Mandel and Gilad have had their fates intertwined. Gilad has begun to lay tefillin, Daniel’s tefillin (phyllacteries). And in order to commemorate the 13th year since Daniel’s murder, his parents are dedicating a Torah scroll in Daniel’s name, to the Sephardi synagogue they attend.

It is from this Sefer Torah that Gilad will read his Bar Mitzvah portion, continuing a link in the chain of the Mandel family in Gush Etzion, and bringing joy to his people, never forgetting the great sacrifice of his Uncle Daniel, HY”D, may God avenge his blood. The new Torah scroll, and Gilad’s bar mitzvah bring everything full circle for the Mandel family and in many ways, for the people of Gush Etzion.

Already, the last letter was inscribed in the scroll, since one doesn’t write letters on Pesach. And on Wednesday of this week, on Chol HaMoed Pesach, at 4 PM, the Mandel family will hold a dedication ceremony for the new Torah scroll. That is when everyone will see the beautiful Torah cover created by Batsheva Arad who lives in Bat Ayin, a community in Gush Etzion. The Torah cover depicts the Lone Oak.

Then too, the crowd might notice the wooden rollers of the Torah, each known as an “Etz Chaim” or “Living Tree.” These rollers are also filled with symbolism, made as they were of wood trimmed from the Lone Oak Tree, and lovingly crafted by Gidi Kelman of Neve Daniel,  also a community in Gush Etzion.

Cheryl, Daniel’s mother and Gilad’s grandmother, is expecting a crowd. She had 200 labels made up, depicting that Torah cover with its stately Lone Oak. The labels are for the 200 water bottles purchased for celebrants at the dedication ceremony (she hopes you’ll be among them).

Cheryl didn’t want Gilad’s life to be forged in mourning in the shadow of his uncle’s death. And so she wasn’t prepared for him to be named after her murdered son so soon after his death. But here too, there is parity and meaning. Thirteen years on, there are exactly 18 babies who have been named Daniel, after Daniel Mandel. Eighteen as you probably know or might have guessed, is the numerical value of Chai, the Hebrew word for “Life.”

Because the Lone Oak still stands and life goes on in Gush Etzion. There may be times of sadness and mourning, but joy will always win out in the end. 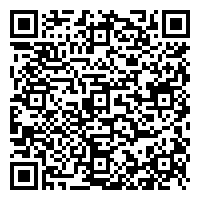