The Or Thora synagogue on Rue Saint-Dominique in Marseille, established in 1962, has been purchased by the Al Badr organization, which runs a small mosque on the same street, The Local reported. The sale is under review by the city council and it is expected that the new mosque will open for business in a few months.

Zvi Ammar, President of the Marseille Israelite Consistory, said the move was positive. “For the past 20 years or so we have seen the shift of the Jewish community to other neighborhoods,” he said, adding, “We all have the same God, the main thing is for this to proceed in harmony.”

In January, Ammar said that the Jews of Marseille should avoid wearing their yarmulkes on the street. So much for harmony.

Marseille’s Jewish population has left the city center for the suburbs in recent years, and the Or Thora synagogue sometimes has fewer than ten worshippers at services. Meanwhile, the mosque down the street has been full to capacity during Friday services, with people forced to pray outside on the pavement.

Marseille’s 70,000 Jews are among Europe’s largest Jewish communities. Out of the city’s two million residents, an estimated 220,000 are Muslim.

France has an estimated 2,500 mosques, with another 300 under construction, but demand is even higher, according to some Muslim leaders. Dalil Boubakeur, Rector of the Grand Mosque in Paris, told Europe1 radio that some of France’s 40,000 churches should be turned into mosques. He said, “It’s a delicate issue, but why not?” 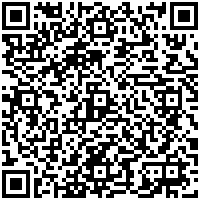