As of last Friday, hosting more than nine people in one’s home is illegal in New York. Filling up a shul is illegal. Running a normal school is illegal. Revealing your face indoors is often illegal. Making a living in many fields is illegal.

Do American governors and mayors really have the authority to unilaterally make all these rules? If they do, in what sense are American citizens free?


The Jewish Press recently posed these questions and others to Ron Coleman, a prominent lawyer who is a partner at Dhillon Law Group, a graduate of Princeton University and Northwestern University School of Law, and a frum Jew.

Last month, Coleman filed a lawsuit on behalf of several rabbis in Rockland County, NY, whose shuls were located in one of New York Governor Andrew Cuomo’s restrictive Covid-19 zones.

The Jewish Press: What’s the status of your lawsuit against Governor Cuomo?

Coleman: We’ve actually dismissed that lawsuit without prejudice – which means we can re-file it – because the facts on the ground changed so much.

The governor and his gang changed the whole format of the lockdowns, and we’re trying to see if we can take a different approach because the lawsuits [that have been filed against Covid restrictions so far] have been overwhelmingly unsuccessful. Judges have really refused to acknowledge that there are serious religious liberty rights being infringed here.

When [the government started asserting unprecedented peace-time powers] in March, we were [assured that they would just last] a couple of weeks. Yet, here we are in late November and nobody on the bench seems prepared to put any kind of limit on what these powers are. It’s a disaster for democracy. It’s a disaster for free speech and free religion.

And one of the things we’ve noticed is that when you file these lawsuits, the [government] reads them and changes the way they’re doing things based on how you attack them.

For example, the most recent version of the lockdowns to a large extent has gotten rid of the focus on frum communities [because of the lawsuits brought against the government].

Do governors and mayors have the right to tell people how many guests they’re allowed to have for dinner, what they can wear, where they can go to school, and what businesses and shul may remain open? I always thought in America, the government wasn’t allowed to dictate such matters.

So did a lot of people, but just about every time someone has brought this stuff up in front of judges, they just roll over and say, “It’s an emergency.” Well, there’s no mention of an emergency in the Constitution.

It’s well understood that government has police powers and there are going to be emergencies [during which you have to] listen to the government, but it doesn’t follow that therefore all the things you listed are okay, that they’re okay without legislative action, or that they’re okay forever and for no reason.

In the last couple of weeks, Justice [Samuel] Alito – who is known as the least likely justice to comment publicly – went public and said fundamental liberties are being challenged by these lockdowns. That’s really a big deal, and we have to hope one of these cases makes its way to the Supreme Court.

What specifically do you hope the Supreme Court will do?

The Supreme Court has to make it clear that [the ruling in] Jacobson – which is routinely cited by courts as standing for the authority that these emergency powers can be used by state governments – doesn’t [justify the current rules].

Jacobson involved inoculations. If you didn’t get the inoculation, you had to pay a penalty. It didn’t involve depriving you of your ability to make a living, it didn’t apply to where you go to school or what you wear. It wasn’t this indefinite rolling emergency situation, and it also involved legislative action.

There’s no legislative action here. The legislatures have given broad-based authority to the governors to act under emergency powers on the model of a statute that was designed after 9/11 that the ACLU and most other civil liberties organizations at the time opposed very strongly because they foresaw exactly this kind of situation.

The ACLU isn’t doing anything now, however, because it’s just a branch of the Democratic Party, and for some reason the Democrats have made [these lockdowns and rules] their “thing.”

Some state constitutions – including arguably New York’s constitution – say that the legislature can’t give the governor legislative powers. He can’t take over its job. It’s called a non-delegation clause.

Even if a state constitution doesn’t have a non-delegation clause, there are still separation-of-powers issues. The idea that a governor can stand in the shoes of a legislature and make the kind of broad-based decrees you’re talking about is just absolutely ridiculous. It’s got to stop.

If the government can control how we pray, when we can go to school, what we wear, and whom we invite into our own home, in what way are we a free people?

I have no idea. As of right now, we really aren’t. There seems to be unlimited power that the judicial branch has completely failed to protect us from. You’re right. I don’t know in what way we’re a free people.

In April, many Americans were willing to overlook the government’s harsh rules because, in a place like New York, 700 people were dying a day and it truly felt like an emergency. Today, though, 35 people are dying a day in New York – that’s a 95 percent reduction in deaths – and for a while we were actually down to five people dying a day. In what sense, then, can the government claim our situation is still an emergency?

The government no longer has to prove it. It just has to keep asserting it.

So what’s the solution? More legal action? Or is time to follow Martin Luther King Jr.’s example and proclaim, as he did, that following an unjust law is immoral and engage in civil disobedience?

So it has to be a legal fight, and ultimately I think it’s going to have to be the Supreme Court making some kind of decision here.

Some frum Jews believe many of the government’s laws are unfair and even un-American, but hesitate to violate them openly because they believe it would be a chillul Hashem. What’s your opinion?

Different people have different views of the matter, and I’m not a posek.

I do know, however, that things reached a point a month or two ago where the targeting of Orthodox Jews was so obvious and so shameless that it would have been a chillul Hashem in my view to just sit down and take it. So people learned in secret and yeshivos met in secret and they covered their windows with boards and garbage bags. And that was a Kiddush Hashem. There’s no bigger Kiddush Hashem than that.

People have to behave themselves, but we’re adults and adults are entitled to make adult choices about what they do and where they go. No one who doesn’t want to go into a shtiebel or a Rebbe’s tisch or a beis medrash has to go.

So the hashkafic question is one that I can’t possibly answer, but it’s an ongoing fight and I do think that it’s important little by little to push back in our conduct and do the right thing without making a fuss.

Are you involved in any other lawsuits related to Covid restrictions right now aside from the one you recently dropped?

We still have an open case against Governor Murphy of New Jersey, but Cuomo has made Murphy look like “The Great Emancipator,” so there’s a real lack of appetite to continue that lawsuit. He’s much more sensitive to the community, so we’ll probably voluntarily dismiss the lawsuit.

We also have a very important case pending in New State York Supreme Court on behalf of a construction safety association challenging the rationalization of Covid regulations. We have a hearing on that coming up hopefully. 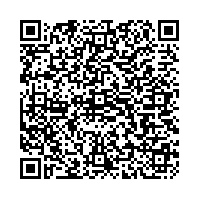