One of the most famous films of all time is “Citizen Kane.” Based on the life of the billionaire, William Hearst, it tells the story of a wealthy newspaper baron and industrialist, Charles Foster Kane. Everyone remembers the opening scene, when the dying Kane lets go of the glass ball which he holds in his hand and whispers his last word, “Rosebud.” Like the snow-filled glass ball in the movie, there are glass balls of Jerusalem which fill with snow when you turn them upside down. Irving Moskowitz was also a larger-than-life character, one of the greatest Jewish philanthropists of all time, who will always be remembered for his towering dedication to the rebuilding of the Jewish People in Zion. In the movie of the Irving Moskowitz story, what would be the meaning of his “Rosebud,” the secret driving force of his life, the very last word that he uttered? Some people might say “Jerusalem.” Others might guess “Israel.” My guess is that the “Rosebud” of Irving Moskowitz’s life is “Cherna.”

The Doctor and his wife were married for 66 years. He once told me that although he ran many businesses, and worked with many people, and supported many projects, he only had one partner – Cherna. She was his devoted wife, lifelong friend, and helpmate in everything he did. Throughout the years of his illness, she was always near, making sure he had the best of care. No doubt, during her recent visit to Israel, he sensed she was gone. Her love was his oxygen. Her support was his fuel.


Mrs. Moskowitz once told me:

“When I met Irv, I was barely twenty. All he talked about was Israel. He was obsessed with Israel. I never knew anyone like him. Hardly anyone spoke about Israel in those days. Certainly not non-stop the way Irv did.

I was fascinated by it. For example, if we went to a party and someone said, ‘This is good orange juice,’ Irv would start talking about the oranges in Israel. I would joke with him about it, saying, ‘Irving, sometimes people want to talk about things other than Israel,’ but he simply couldn’t control himself. I was seventeen when we met, and nineteen when we married. Irv was 22. He would say, ‘I am going to be wealthy, and I am going to make a difference in Israel.’ That was his thing. It may seem strange, but we never spoke about making Aliyah on a permanent basis. We visited, we stayed for some extended periods, we bought a place in Netanya and took the kids every summer. We bought our own place in Jerusalem too. But Irv’s passion was creating and developing businesses so that he could help Israel. For him, this was the right thing to do. Irv didn’t see how he could use his skills to make money in Israel, so he concentrated all of his business endeavors in the United States.”

There are hundreds of stories about Dr. Moskowitz. I will relate one of them briefly, without elaborating on the details, to render a glimpse of the man. One of the many buildings which the Moskowitz’ purchased in Jerusalem was the Sheffer Hotel, in the Sheikh Jarrah neighborhood of East Jerusalem. It was built for the Grand Mufti of Jerusalem, Haj Amin al-Husseini, a renowned anti-Semite who was very friendly with Adolf Hitler. After the War of Independence, the Mufti’s family rented the property to an Arab Christian family. They added on to the building, making it much larger, and turned it into the Sheffer Hotel. The family lived on the ground floor of the building under the status of protected tenants, according to the Law of Residents. The hotel ran into financial difficulties in the 1980s, some of the family members died, and the establishment was threatened with closure.

One day in 1985, the lawyer, Eitan Geva, was informed that the Arab Christian family was looking for a way to solve their problems with the increasing debts of the hotel, and what looked like certain bankruptcy. Their attorney asked Geva if he could find someone to buy the hotel and their protected residency immediately within the next 24 hours. Geva understood that he had to work fast. If the owners declared bankruptcy to avoid their obligations and debts, the court would appoint some agent of the court to sell the property, and the chance to acquire the building for a Jewish buyer would be lost. Fortunately, at that very time, Irving Moskowitz was in Israel. Geva spoke with him, and Moskowitz told him to investigate the matter in detail and to try to conclude a transaction. “Tonight, I have to return to America,” Moskowitz said. “But the minute I arrive home, I will contact you and we will keep in constant communication.”

Geva entered into negotiation with the family, and they quickly reached important agreements, but to finalize things, Geva had to come up with the cash needed to conclude the deal on the spot. Since Dr. Moskowitz was on an airplane heading back to America, Geva turned to a certain group who agreed to temporarily forward the purchase money and sign the agreement of sale, until the property could be transferred to Moskowitz. When they were in the middle of ironing out the fine points of the contract, Dr. Moskowitz called from New York, immediately upon his arrival. “What’s going?” he asked. Geva reported that they were making progress, but that there was still some more dangling matters to conclude. The Doctor told the lawyer that he was continuing on the Miami, and that he would call again as soon as he arrived. In the meantime, the meeting extending into the night. True to his word, the Doctor called from the airport in Miami. “What’s going on?” he asked once again. Geva told him that he had the finalized agreement in hand, and that the group acting in his behalf was working to assemble the cash. There was a pause on the wire, then Geva heard the Doctor say, “I’m not going to drive home. I’m returning to Israel immediately.”

Doctor Moskowitz got on the same plane after it was cleaned and fueled, and returned to New York, without ever going home. From there, he boarded the first plane leaving for Israel to make sure that the Jews got the property.

Over 100 of Dr. Moskowitz’s relatives had been murdered in the Holocaust, and, no doubt, there was a factor of revenge in buying the former house of the Grand Mufti Husseini, who was an ardent supporter of the Nazis, and a fierce hater of the Jews. But Moskowitz also acted out of the practical understanding of the property’s strategic location, knowing that it would clearly strengthen the Jewish presence in East Jerusalem.

In the dining room of the Moskowitz home in Miami Beach, an ornate and old fashion chandelier hangs over the dining room table. Once upon a time, the very same chandelier hung in the home of the Grand Mufti of Jerusalem. The light of that chandelier says something about the light which Irving Moskowitz restored to the Holy City of Jerusalem, and to the lives of the thousands of people he touched, and often saved, with his quiet gifts of charity to the poor and the ill. May his memory be for a blessing. And may his wife, Cherna, and his loved ones, be comforted amongst the mourners of Zion and Yerushalayim.

Man with Bayonet, Machete Arrested Outside DNC in Washington DC 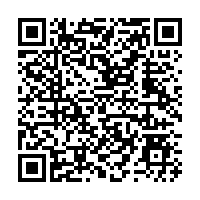