In a letter to the Nobel Prize committee in Norway, Archbishop Desmond Tutu of South Africa announced his nominee for this year’s Nobel Peace Prize: Marwan Barghouti, currently serving five consecutive terms of life imprisonment for five counts of murder, including masterminding the murder of a Greek Orthodox monk, Georgios Tsibouktzakis, near Ma’ale Adumim in 2001.


Father Tsibouktzakis is one of the many victims of Palestinian terrorism whose name has long been forgotten by most people. Born in Saloniki, Greece, Tsibouktzakis decided at an early age to devote his life to study and prayer. Patriarch Deodoros I of the Greek Orthodox Church sent him to Jerusalem in 1990 for his training. He was ordained a monk in December 1993, and assigned to the St. George Monastery. In 2000, he was elevated to the priesthood. Situated on a ledge in Wadi Kelt, in the Judean desert just outside Jerusalem, St. George’s Monastery was an ideal place for a life of quiet contemplation and worship.

According to the Israeli Foreign Ministry, Father Tsibouktzakis was well known and admired by residents of the area and, especially by hikers who frequent Wadi Kelt. A Ma’ale Adumim police spokesman recalled how the monk once used his jeep to help retrieve the body of a tourist who died after falling into the wadi. On another occasion, he helped the police when two Israeli youths were murdered in the wadi by Palestinian terrorists.

Father Tsibouktzakis’s life of spiritual devotion was cruelly cut short on Tuesday night, June 12, 2001. He was driving from Jerusalem back to the monastery when a Fatah Tanzim gang under the direction of Marwan Barghouti opened fired on his car. Tsibouktzakis, just 34 years old, was pronounced dead at the scene.

Here’s what Tutu wrote about the terrorist who murdered Tutu’s fellow-clergyman: “He is a symbol of the “struggle for freedom, [which] constitutes a clear signal of support for the realization of the Palestinian people’s inalienable rights, including to self-determination.”

Not that this is the first time Tutu has spoken up for Barghouti. In fact, the South African clergyman is a member of a group called the International High Level Committee of the Campaign for the Freedom of Barghouti and all Palestinian Prisoners.

There is no “International High Level Committee” to speak up for Barghouti’s victims. That would not interest Tutu. He could not care less about Yoela Cohen, the young woman shot to death by one Barghouti’s gangs at a gas station near Jerusalem on January 15, 2002; or Salim Barakat, Yosef Habi, and Eli Dahan, who were stabbed to death by Barghouti’s killers in a Tel Aviv restaurant, on March 5, 2002.

I suppose those who are familiar with what Alan Dershowitz has called Tutu’s “long history of ugly hatred toward the Jewish people, the Jewish religion and the Jewish state” will not be surprised by Tutu’s embrace of Barghouti.

According to Tutu, Zionism has “very many parallels with racism,” the ancient holy temple in Jerusalem was similar to South African apartheid, and the Palestinians are enduring a fate similar to that of the Jewish slaves in Egypt. No wonder the late Rabbi Marc Tanenbaum of the American Jewish Committee concluded that Tutu harbors a “classic anti-Judaism that feeds his constant pattern of anti-Jewish attitudes.”

Archbishop Tutu has also been a vocal champion of the BDS movement. In 2011, an appeal by Tutu and other South Africans resulted in the University of Johannesburg canceling its joint project on biotechnology and water purification with Ben-Gurion University. Tutu’s accusations against Israel were characterized by Ben-Gurion University officials as “a collection of lies.”

So perhaps it makes perfect sense that Tutu considers Marwan Barghouti a hero. Barghouti fights Israel with bombs and bullets; Tutu fights Israel with slander and boycotts. The fact that the victims of Barghouti’s bullets include one of Tutu’s fellow-Christian clergymen merely adds a thick layer of irony to Tutu’s appalling record. Welcome to Wonderland. 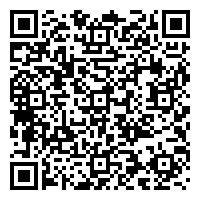