Hagai Klein, who was wounded in the Sarona Market terror attack inside the Max Brenner restaurant will be released from Ichilov Hospital today.

Klein was eating in the restaurant when the terrorists begin shooting. Disregarding his own safety, Klein attacked the terrorists with a chair, slowing them down, but getting wounded in the process.

Klein told reporters that he knew he had to do something to stop the attack.

Klein’s heroic act was caught on the restaurant’s security cameras.

Four people were killed in the terror attack. 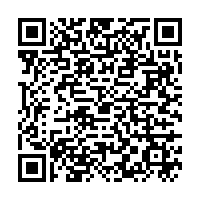