Liberal Jews are not fond of Sebastian Gorka. A few years ago, they went so far as to accuse him of being an anti-Semite.

More conservative Jews have a very different take. They see him as a staunch friend of Israel and an ally in the fight against radical Islam. (In response to liberal attacks on Gorka two years ago, Michael Rubin of the America Enterprise Institute wrote, “[Gorka] is about as anti-Semitic as Israel Prime Minister Benjamin Netanyahu. That is, not at all.”)


Gorka is the host of a daily three-hour radio program and the author of three books, including The War for America’s Soul, just published last week. In 2017, he served as deputy assistant to President Trump. He recently responded to questions submitted to him by The Jewish Press.

The Jewish Press: You are considered controversial in certain circles. Is this reputation deserved?

Gorka: Being truthful in the face of censorious political correctness and the propaganda of the “mainstream” media makes one a controversial figure today – as does being a supporter of Israel. So I am proud to be labeled “controversial.”

You worked for President Trump for eight months in 2017. What is he like in person? Some say he’s an ill-willed idiot while others say he’s a good-willed genius. What’s your opinion?

Anyone who posits that President Trump is “an idiot” is himself a rank imbecile. This man became a millionaire in the toughest market in the world – Manhattan real estate. He had an incredibly successful reality TV show for 14 seasons. And he won the presidential election the first time he ran without ever having held public office before. You tell me if he’s a genius.

President Trump is a force of nature – a man with a preternatural instinct for strategic action, who loves our country, and will not be stopped from making it great again.

Some liberal Jewish groups accuse you of being an anti-Semite. More conservative Jews defend you, arguing that the claim is laughable. Can you address this claim?

No. I have no need to defend myself from these absurd and disgusting charges. I have told the anti-Israel bigots who label me an anti-Semite to find one anti-Semitic thing I have ever said or done. Just one. They can’t.

Your family is originally from Hungary, a country that has enacted some interesting policies recently. For one, it now exempts any family with four or more children from paying income taxes for the rest of their life (as a way of encouraging Hungarian women to have more children). Do you think America should perhaps enact a similar policy?

Not really. I’m a traditional conservative and, as such, of course, I believe that the traditional family unit is the bedrock of a healthy civilization. However, at the same time, I detest the idea that government should be involved in more and more aspects of our lives. That way [leads to] socialism and eventually communism.

The old adage holds: “Bigger state, smaller citizen.” By the time you need government intervention to promote procreation in the familial context, you have bigger cultural, social, and value-based problems than will never be solved by the state or government fiat.

A related question: Why do you think birthrates have plummeted so drastically in the Western world (particularly Europe) over the last half century?

Because we’ve “killed” G-d. Increased secularity will always lead to demographic decline as the material is favored over the immaterial and transcendental. Believing in man over G-d naturally leads to selfishness, which leads to a society not having children. It’s very simple, really.

Hungary has recently imposed extremely restrictive immigration laws. It only allows two asylum seekers into the country a day, and it has built a border wall on its southern border to keep illegal immigrants out. Some claim Hungary has gone too far while others argue that America should follow Hungary’s example. What’s your opinion?

Every nation has the right to [assert its] national sovereignty. That’s almost tautologous. That sovereignty includes deciding whom you let into your country and why you do so.

The sheer insanity of the Democratic party today that fights for open borders, sanctuary cities, healthcare for illegals, and the dissolution of ICE and DHS [amounts to national] suicide. As a wiser man said, you can have open borders or taxpayer-funded healthcare – but you can’t have both.

America is the most generous and open nation in the world, but there must be limits if we are to remain a functioning nation with a distinct identity. I say this as a legal immigrant whose parents were refugees.

It’s been an incredible year since we launched America First on January 1, 2019. We already reach two million listeners on terrestrial broadcasts on 300 stations and affiliates from Los Angeles to New York, not to mention our exploding YouTube channel podcast.

Given today’s crazy news cycle, a program host is always preparing for his show, as just one tweet can change everything in a matter of seconds. I have a fabulous production team that helps me decide what I need for each three-hour stint, and then we just go with the flow and try to keep up with my old boss, President Trump! 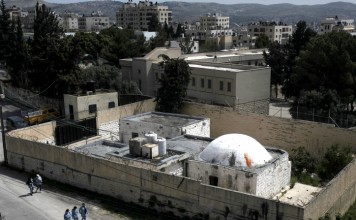