A handful of stars twinkle in the evening sky; it is motzei shabbos. Dovid (name changed for anonymity) has just finished extinguishing his havdalah candle and sipping wine from his becher. He throws his hat to the side, and rushes up the staircase. With the frantic hands of an addict, he fumbles through his room, searching through the mess of clothes on his dresser. He finally snatches up his smartphone, and his face instantly becomes aglow with the cool light of the dating app opening. The “Mazel Tov” animation indicates that he and Cindy have matched with each other. Cindy isn’t even remotely religious, but that doesn’t matter to Dovid, because he is not searching for a marriage partner. He is simply looking for someone pretty to hookup with, just like he does every other Saturday night.

This story is shocking to many Jewish people because it’s hard to believe that the American hookup culture has infiltrated our ranks. Unfortunately, this problem is a real one; dating apps have really changed the way many young Jews approach dating.


It wasn’t always like this. In the late nineties and early 2,000s, the newest technologies in the Jewish dating world were dating websites such as JDate, Frumster, and SawYouAtSinai. These were ultimately used (and still are used) to help Jewish singles find a serious partner for life. SawYouAtSinai uses live matchmakers to find dates for Jewish singles, and JDate lets users scroll through singles to find a potential match to chat with. These technological methods simplified the dating process, allowing Jewish singles to find partners who they may never have come in contact with otherwise.

In 2012, however, digital dating underwent a revolution. Sean Rad and Justin Mateen invented Tinder, a dating app which allowed people to meet singles in their area at the swipe of a finger. The basic premise is as follows: users receive pictures of singles who live nearby. The member examines the picture of the single, and can swipe right on the photo to show interest in the person, or left to reject them. If two people swipe right on each other’s profiles, they are informed that they have mutually accepted each other and are invited to chat with each other. This system has made dating quicker and easier than ever, thanks to the accessibility of the smartphone.

This trend was imitated in the Jewish world. JSwipe and JCrush, Jewish dating apps, have been dubbed by many “the Jewish Tinder.” David Yarus, founder of JSwipe, described in a New York Times article that “As soon as I touched Tinder, I was like, ‘Oh my God, this is the next step that needs to exist in the Jewish community.’”

However, there is also a dark side to the dating app. Since each profile is mostly represented by a single picture, the system encourages people to judge others almost solely by their looks. The speed and simplicity of the app leads singles to take an instant gratification approach in their love life. Instead of trying to find the one person they want to spend their entire life with, singles use the apps for short term hookups, and then move on to the next single, similar to the way they swipe through profiles on the app. Marissa Kabas wrote in an article about JCrush that “There have been so many marriages to come out of JDate, because being on it represents a certain level of commitment. Now (with JCrush) Jewish singles can be more easy breezy amongst their own people. Terrific.”  In a similar vein, an anonymous JSwipe user noted in a CJN article that, “No one seems to be that serious on Tinder or JSwipe. People have too many options on these apps. They’re flaky. They don’t know what they want.” Ironically, while making Jewish dating easier than ever before, Jewish dating apps suppress the development of Jewish marriages and families. 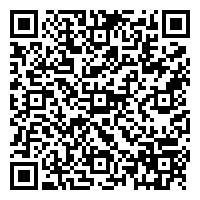