A U.S. senator is challenging a double-standard regulation by the Internal Revenue Service and Treasury under which thousands of Americans living in Israel and elsewhere overseas are being forced to report their local Israeli finances in detail to the IRS.

It is information that would not be required by the government if the same U.S. citizens were living and working Stateside, Senator Rand Paul (R-KY) contends.


Paul plans to file a lawsuit against the U.S. Treasury and the IRS for denying his constitutional right to vote on the treaties that were unilaterally negotiated by the Obama administration with foreign governments over the regulations, The Washington Times reported Wednesday.

The treaties are referred to by the administration as “intergovernmental agreements.” The “U.S. Foreign Account Tax Compliance Act (FATCA) for improving global tax enforcement” requires banks in “dozens” of foreign countries to gather and share private financial information about millions of Americans living and working outside the U.S. – including those in Israel.

Tens of thousands who came on aliyah fall into this category, and have been warned by their banks they must fill out an annual IRS W-9 and “FBAR” (Foreign Bank Account Report.)

In an agreement reached between Israel’s Finance Ministry and the United States a year ago, the Israel Tax Authority will report the accounts of U.S. citizens in Israel to the IRS.

In exchange for the Israel Tax Authority’s obtaining information from local financial entities and sending it to the U.S. tax authorities, the IRS also agreed it “may” report on income in the accounts of Israelis in the United States.

“The U.S. sent a delegation here, which examined our systems and information security and was very impressed,” said Israel Tax Authority head Moshe Asher in a speech this week to the Society of Trust and Estate Practitioners (STEP.)

“We’ll soon be able to get information about Israelis with overseas accounts. In addition, the OECD has copied the U.S. by setting a standard called CRS, to which Israel is also committed. These standards are very similar to FATCA and we’ll join them by 2018.” 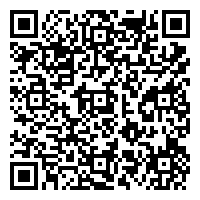