It isn’t every day that an acting prime minister of Israel is put on trial for bribery, fraud, and breach of trust. In fact, the case which opened this week against Benyamin Netanyahu marks a first in Israel’s history.

To get a better understanding of the trial that Netanyahu’s supporters call a sham and that his opponents call a monumental victory for democracy and justice, The Jewish Press recently spoke with Suzie Aranya, who chairs the Criminal Law Committee of the Israel Bar Association.


Aranya has been a criminal lawyer for over 20 years. A known supporter of the Likud, she is often interviewed on TV and known for her sharp legal professionalism, which is widely acknowledged even by the predominately leftist media.

The Jewish Press: Do you think Netanyahu can get a fair trial considering the unending media storm that has surrounded his case?

Aranya: I believe he can. I have faith in the judicial system in Israel. I believe in the integrity and professionalism of its judges. I think the judges will conduct the trial in a very careful and prudent manner, and they will be fair in rendering their verdict, not letting themselves be swayed by the media, which can do serious damage in cases involving political figures.

Of course judges are people like everyone else, and of course they too have personal opinions, which can be swayed this way and that, but the three judges who have been chosen to try this case have long records of honest public service and vast criminal court experience.

The chief judge of the Jerusalem District Court.

Can Netanyahu’s attorneys ask that a judge be removed from the case if they feel, or can prove, that a judge’s personal beliefs make him unable to preside over the trial fairly?

No. But in the case against the prime minister, I haven’t heard about any opposition to the judges who have been selected.

I know you are a Likud supporter, but if you can put your personal politics aside, what is your legal assessment of the innocence or guilt of the prime minister?

Like with any court case, a final decision can’t be rendered until all the testimony has been heard, but from the great deal of evidence I have studied – and I haven’t seen it all – I believe it will be very difficult for the prosecution to win a verdict of guilty beyond any shadow of doubt.

First of all, in Case 1000 – regarding gifts which Netanyahu purportedly received while in office – the people in question were friends and that makes the situation completely different from a case where gifts are given from someone out of the blue for obvious political or financial gain. I didn’t see any evidence that will pass the scrutiny of the court.

If not for the other two cases, I think the matter of the gifts would never have even been brought to trial since there is no clear proof that any laws were broken.

Regarding the Cases 2000 and 4000, the evidence is surrounded by thick clouds of fog. From what I have seen, there is no hard and clear-cut evidence, neither of intent to commit a crime nor that any crime had been committed.

I feel confident that during the course of court interrogations, the prime minister’s attorneys will expose the underlying legal weaknesses of the charges and the lack of true substance to the testimony of the witnesses on behalf of the prosecution.

How long do you predict the trial will last?

It could easily drag on for years. There are mountains of files of supposed evidence and an incredibly long list of witnesses, both for and against. It looks as if the prosecution tried so hard to find something concrete that they were forced to search endlessly in every nook and corner.

The process of examining evidence and interrogating witnesses can be very detailed and exhausting, especially in a case involving a prime minister. Considering the requests for delays that the defense will ask for to have sufficient time to study all the documents that have been submitted to the court – and the postponements that Bibi will be allowed so that he can attend to affairs of the state – this could end up as the longest trial in history.

In your opinion, as an experienced lawyer who knows how time-consuming a criminal trial can be, can a prime minister – of any country – be embroiled in a drawn-out legal defense and also run a government with the energy and focus necessary?

I believe Bibi has the capability of doing both concurrently without becoming lax in either. I have met him on several occasions and each time I came away deeply impressed with his intelligence and alertness to several wide-ranging matters at the same time.

There is no question that he is an extraordinarily gifted person, with nerves of steel. The prosecutors, lawyers, and judges may very well collapse in exhaustion to the floor, and he will still be standing on his toes, like a tennis player waiting for his opponent’s serve, ready to field the next question.

Plus, because he is prime minister, he will not be required to show up every day in court. I won’t go so far as to say that he is looking forward to the battle, but he will certainly stand up through it all – that’s for sure. 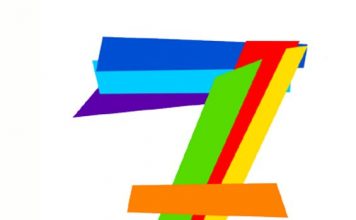 Redeeming Relevance: Parshat Noach: Do We Really Understand why Murder is Wrong?