Shavuos is the anniversary of Hashem choosing us to observe His Torah, with the result that we became His “special treasured” nation and a “holy people” (Shemos 19:5-6).

In Tanya (chapters 46-49), the Alter Rebbe (1745-1812) offers an analogy to understand this greatness of this moment. Based on Tehillim (113), he describes a powerful king descending from his throne – accompanied by an entourage of distinguished ministers – and going to a dung heap to raise a lowly beggar out of his filth. The king then brings him into the innermost chamber of his palace where he showers him with boundless affection.


Hashem acted in the same manner. Master of all the spiritual worlds – which are filled with millions of angels utterly subordinate before Him – Hashem descended to the world’s most depraved land, Egypt, to liberate us from our demeaning slavery. He then brought us into His “inner sanctum” by giving us the holy Torah, which is one with His essence. He enabled our limited minds to absorb divine wisdom; our mortal mouths to repeat words of His Torah; and our physical bodies to fulfill His Will.

Before performing a mitzvah, we often say “asher kid’shanu b’mitzvosov – who has made us holy with His commandments.” The word “kid’shanu” shares the same root as “kiddushin” (betrothal). Just as a man betroths a woman who becomes united exclusively with him, so too, writes the Alter Rebbe, Hashem raises us up through observance of the mitzvos so that we become exclusively and utterly united with His infinite essence. In other words, by observing a mitzvah, we rise and become united with, and absorbed in, Hashem’s holiness and infinitude.

This principle, writes the Alter Rebbe, is expressed in Vayikra 20:26: “And you shall be holy to Me, for I, Hashem, am holy….” When a person does a mitzvah, “even if he is unlearned and ignorant, Hashem dwells and is expressed in his soul at that time.” We may not always feel Hashem’s presence, but that’s “because of the barrier of bodily materiality that…darkens the soul’s vision from perceiving Divine visions,” the Alter Rebbe writes.

Our Sages state, “In every generation, a person should see himself as if he has come out of Egypt.” The Hebrew word for Egypt, “Mitzrayim,” can also be read “metzarim” (limitations). Every day, our holy souls are expected to experience an exodus from the limitations of our bodies and animal souls – and of the material world in general – by doing Hashem’s mitzvos, which raise us up to become united with Him.

That’s why the third paragraph of Shema (which includes the daily obligation to remember the exodus from Egypt) was appended to the first two. By saying all three together, we indicate that by doing mitzvos, we raise ourselves out of our personal Mitzrayim and become united with Hashem.

On this Shavuos, when we recall Hashem’s love for us by choosing us as His special nation, let us requite this love by rededicating ourselves to fulfilling His mission in this world. 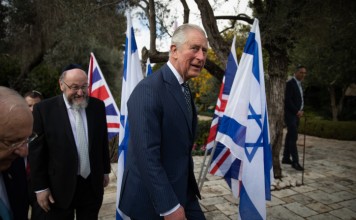 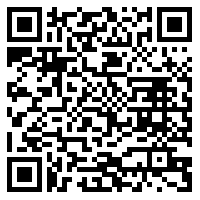