Surging crime, pervasive graffiti, sidewalks dotted with homeless men, hundreds of thousands of residents fleeing the city – the problems mount as Mayor Bill de Blasio presides over a New York City that some fear will soon resemble the seedy New York of the 1970s and ‘80s.

On November 2, though, New Yorkers will be voting for their next mayor, and many are praying that the winner can restore New York to its pre-Covid glory. Among the candidates running for this coveted spot is Curtis Sliwa, founder of the Guardian Angels and a longtime radio talk show host. The Jewish Press recently spoke with him.


The Jewish Press: Why are you running?

Sliwa: I’m running on a law and order platform. We have to remove the criminals from the subways and streets and make the city safe before it can open up again for business and resurrect itself.

If you were New York’s mayor this summer, how would you have handled the riots?

First, force everyone to get a permit for a demonstration. You want to demonstrate? Great. You’ve got to apply for a permit. And the city issues permits – but there are restrictions. You can’t run through the streets, you can’t vandalize, you can’t loot.

I personally saw this on June 1 and June 2 when the only people in midtown Manhattan and the Soho area who got hit were the Guardian Angels. In fact, in one battle where we prevented people from looting and damaging property, I had my jaw broken and [another Guardian Angel] had his eye socket and nose broken and had to get 46 stitches.

De Blasio is fully to blame because he told his cops: Stand back. Don’t get involved.

What specifically would you have told the police to do?

I would have had the drones out. We have sophisticated drones that could have followed these crowds as they went on their looting spree. The police wanted to use them, but the mayor forbade it.

I would have had the mounted cops out there on their horses, which permits them to see what’s going on in a crowd because they’re above the crowd. The mayor would not permit the mounted unit to be out there.

And he didn’t have the street crime unit out there either. These are undercover officers who can infiltrate a crowd and tell who the troublemakers are and who the peacemakers are so that you target the right people.

It’s all the fault of the mayor. He basically hates the police and has weakened them, and, as a result, criminals and looters now control the city.

De Blasio slashed the NYPD’s budget by $1 billion and eliminated the NYPD’s undercover anti-crime unit. Would you restore that unit and the $1 billion if you were elected mayor?

Oh, absolutely. My policy is to refund the police, not defund them. So give that money back to the police and put that street crime unit [back out there].

They also eliminated another very important unit, by the way – and that’s the homeless outreach unit. These police officers would gather up the homeless and take them to shelters. They disbanded that. And that’s why you see homeless and emotionally-disturbed persons everywhere.

For many years, New York had a program called Graffiti-Free NYC by which the city would remove for free any graffiti reported to it. De Blasio scrapped this program last year. Would you restore it?

Absolutely that program needs to be restored because of the broken windows theory [which posits that small crimes left unchecked will lead to bigger crimes]. If you let a building get graffiti and it’s not removed immediately, the buildings nearby will be graffitied too because the graffiti vandals will say, “Nobody seems to care.”

Many Orthodox Jews are concerned about government intrusion in yeshiva education. To a large extent, this is a state issue, but the city plays a role too. If you were mayor, would you take a hands-off approach to yeshiva education?

Most yeshivas have some degree of secular education, but there are some that don’t, and they have to. If they decide to go it on their own, they can’t say they’re entitled to state or city funding. They have to cooperate the way all parochial schools do.

Now, you believe what you want to believe. If you’re in a religious school, you’re taught religious doctrine, but you have you be aware of some of the secular education. I mean, that’s mandated [by law]. It’s true – not just for yeshivas – but for Catholic schools, Protestant schools, mosques… It’s universal.

The vast majority of yeshivas offer some secular education like you say, but even the ones that don’t say, “Look, our kids grow up fine. They’re smart, they go into business, they figure it out. Why go after us when you have so many failing public school kids?”

Over a year has passed since the Covid-19 pandemic began. Some people argue that everyone knows the risks at this point, and each individual should be allowed to make his or her own choice about the level of risk he or she wishes to take. If you were mayor, would you keep the Covid rules in place or would you let people make their own benefit-cost choices?

I think as long as we continue to offer vaccines to people and it seems most people are taking advantage of the free vaccines, sure.

There needs to be some restrictions, but not like it is now where businesses are forced to close. We have to open up the city of New York. We have to put out the sign, “We’re back in business.” We want people working. We want the merchant class to be able to sell the products and services we need.

Cuomo and de Blasio have crushed us. Manhattan is an absolute ghost town. There are more people in downtown Buffalo at night than there are in Times Square. So we have to completely open up, but we have to be cautious too if there are outbreaks….

They’re talking now about a Covid passport, though, and I disagree with that. That to me is like a violation of a person’s rights.

Would you have done anything differently – specifically – in handling the pandemic if you were mayor?

Yes, I would never have used the police to force people to separate and wear masks. Pat Lynch, who is the leader of the [Police Benevolent Association], warned the mayor and the governor: You will turn the people against us. Don’t make us do that.

But the politicians didn’t listen. They made the police do it, and they turned the heroes into zeroes. The communities turned against them – in the ultra Orthodox community, in the black community, in the Hispanic community, and among young white people going to bars on the Upper East Side.

Cops were actually getting assaulted. The cops said to the politicians: You shouldn’t do this to us. But Cuomo and De Blasio wouldn’t listen. It was the dumbest thing that could have been done.

Every year, radical liberals try to shift American culture ever further to the left to the point that they now try to teach even young children that boys can be girls and girls can be boys. If you were mayor, would you go along with this cultural shift or would you try to preserve traditional American values?

I think there’s a time and place in which you allow young people to understand that there’s a world beyond your own world, but you cannot do it in elementary school, kindergarten, or pre-kindergarten. Let the children get the foundation first and then later on in their academic career you can expose them to different ideas and different concepts.

Expose them to transgenderism?

Well, they’re exposed to that already. Remember, everybody has a cell phone. Everybody has contact with the world. Everybody can smell marijuana being smoked in the streets. You know, it’s a different world now.

Among the radical left, it’s not just about exposure, though. It’s almost indoctrination. They want public schools, for example, to allow both genders to use whatever bathroom they want.

I’d have to look at each case individually because, remember, you have a chancellor of the Department of Education, you have PTAs, you have unions, so it’s not like the mayor can determine by himself what is and what is not the curriculum.

Can you win on November 2?

Yes. Look, we’ve had a history in New York City of people saying Republicans can’t win [and then they win]. I think the best example is the gubernatorial race of 1994. Nobody knew George Pataki, and Mario Cuomo was the iconic Democrat of his time – in fact, everyone said he was going to be president of the United States. Two weeks before Election Day, Pataki was 15 points behind in the polls. But he won.

Law and order will drive this campaign. Moderate Democrats know they need safe streets and safe subways or this city cannot return to its greatness and grandeur, and I am the candidate who is most synonymous with law and order and support of the police. 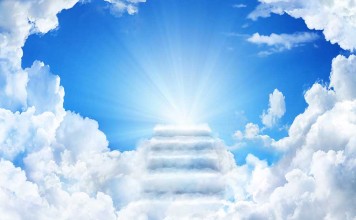 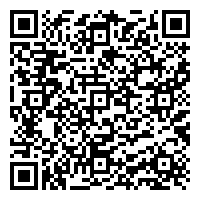