Rabbi Zamir Cohen, founder of the Hidabroot Organization, is probably the most popular media rabbi in Israel today. The Hidabroot Torah website – in Hebrew and English – receives some three million hits per month, and Hidabroot TV can be found in every home with cable television.

His coffee-table-size books are bestsellers in secular and religious bookstores alike. A project is underway to translate 20 of Rabbi Cohen’s books into English, and two are already available on Amazon, The Coming Revolution (about Torah and science) and Hidden Treasures (about Torah and archaeology).

The Jewish Press: Why did you decide to focus on kiruv of the masses, via seminars, books, the Hidabroot website and TV, rather than become a Rosh Yeshiva?

Rabbi Cohen: I grew up in a charedi neighborhood near Mea Shaarim in Jerusalem and learned in Yeshivat Porat Yosef. All I knew was the world of Torah. Because my wife’s family lives not far from Tel Aviv, I became acquainted with the world at large, and I was amazed to discover how far people were from a life of Torah and Jewish tradition, and how painfully trapped they were in the pursuit of materialism and superficial pleasures.

Their concept of a religious Jew was someone who dressed in a primitive fashion and refused to serve in the army. The only knowledge they had about a life of emunah was the negative stories and scandals the media strived to publicize about religious Jews. I began to ponder what could be done to expose these people to the beauty of the Torah and the benefits of a life filled with Jewish tradition.

Although divorce and problems with children were rampant, they had no apparent reason to even begin to search for spiritual comfort, believing that the Torah could offer nothing to them. They knew nothing about the wonderful world of kindness and giving that exists in every religious community, nor about the vast sources of wisdom. They knew only about the bad.

My rosh yeshiva, Rav Shalom Cohen, taught us that even the most elegant palace has restrooms. If a person only visits the restrooms, he never discovers the treasures and beauty of the palace.

How did you get started?

I began to distribute illustrated pamphlets at bus and train stations about Torah and science.

The trick, I understood, was getting into the living rooms of these people, so that instead of watching the endless flow of superficiality on TV and the temptations of the Internet, they could experience something of true substance and value. In a culture of quickly-edited commercials, and 10-second messages, few people believed that people would be willing to sit for half an hour before a computer screen and watch a rabbi deliver a Torah lecture. What a pleasant surprise it was for all of us!

People are hungry for Torah. The Hidabroot website became a hit. We learned to accompany the lectures with skillful editing of our own, visualizing in exciting ways what the lecturer was speaking about. When discussing Torah and science, this technique is especially effective since there is so much eye-catching material available – clips of astronauts floating in outer space, exploding volcanoes, historical footage, etc.

When we heard that it was possible to receive a license from the Israel Communications Ministry to broadcast television programs about Judaism, we applied and received the go ahead. I sought the advice of my rosh yeshiva, Rabbi Shalom Cohen, and the counsel of Rabbi Ovadia Yosef and the Admor of Belz, and they all gave their consent and blessing.

It didn’t take long for all of the different Council of Torah Sages to sign a letter of support.

Today, Baruch Hashem, along with all of the regular TV news, sports, movies, children’s cartoons, and cooking channels, there is the Hidabroot Torah channel as well, available wherever there is a television – in hospitals, secular kibbutzim, and homes throughout Israel – and via smartphone applications.

Once, after I gave a lecture in Tiberias, a young man approached me and thanked me for having brought him to the world of Torah. Having grown up in a secular kibbutz, he had no connection with religious people. In the army, he kept away from them. But our Hidabroot broadcasts pierced through the invisible walls of the kibbutz, and the message and beauty of Torah found their way into his holy Jewish heart.

What’s the main message that needs to be communicated to non-observant Jews today?

In the past generation, there were people who were very close to Torah, and those who were far away. Most of the Jewish people were somewhere in the middle, connected in one way or another with Jewish tradition.

Today that no longer works. No longer can a Jew be satisfied with being in the middle. If he lives a lukewarm style of Judaism, his children will be warm like latkes, and his grandchildren like cold potatoes. Without a solid Jewish education, the young generation is faced with an impossible challenge.

It isn’t enough to guard Jewish tradition at home and be an incognito Jew on the street. Today, there are so many unholy forces that bombard people from all directions – whether it be today’s liberal, permissive society, or the readily available impurity on the Internet – that if a person isn’t solidly planted in the fortress of Torah, he will be defeated on every side, losing his share in this world and in the world to come.

The obsessive focus on materialism and personal pleasure that characterizes life in Western countries is the greatest danger. It is almost a mission impossible to make a connection to true spirituality when you are encased in an impure environment like the Egypt of old, where you could almost reach out and tangibly feel the darkness.

Rabbis, Jewish educators, parents, and all those involved in kiruv have to enlighten people to the fact that what people believe is happiness and success is a tragic illusion. When someone feasts on sweet, rich foods, and non-stop material pleasures, he eventually loses all satisfaction, like someone who treats himself to too much honey, day after day. Life becomes filled with emptiness and despair. “Vanity of vanities.” Not only has he missed out on the rewards of the next world, he misses out on happiness in this world as well.

An earnest connection to Torah, with its divine borders, is the only thing that can enable a person to withstand the onslaught of temptations and false paths that confront us each day.

Why did you chose the name Hidabroot for your organization?

Hidabroot has the connotation of an open dialogue, the willingness to listen, and connection. That’s exactly our goal – to connect the Jewish people to the Torah and with our Father in Heaven.

While the media is a way of reaching a myriad of people, isn’t a personal encounter with Torah needed as well?

Absolutely. Nothing can replace an open, one-on-one discussion, or a first experience of Shabbat. We can’t wait for rabbis on the radio and television to excite the world about Torah. Everyone has to be a shliach. Part of our responsibility for our fellow man is to bring him closer to the Torah. Noach was criticized for being a private tzaddik. Instead of teaching people about the Almighty wherever he went, like Avraham, he waited for people to come to him.

Everyone knows a secular person or two. Why not invite them to experience the beauty of a Shabbat? HaKadosh Baruch Hu gave this wonderful gift, not only to religious Jews, but to all the Jewish people. The Shabbat testifies to Hashem’s creation of the world and His Kingship over the universe. This is the unique power of Shabbat, not only to hear about Hashem’s existence on TV or the Internet, but to experience it.

Only by observing Shabbat, and its practices and laws, can someone understand the greatness of this gift and to feel what holiness is. What a revelation it is to newcomers to discover a family gathered around the Shabbat table with no smartphones and no Internet, no work to do and no meeting to rush off to.

Just think how this down-to-earth spiritual encounter can effect a single person – the whole day without a telephone, talking with people face to face, singing Shabbat songs, experiencing family warmth, being with children, perhaps even venturing into a synagogue for the first time in who knows how long.

Kiruv is not just for rabbis on television. Kiruv is something that every Jew must do. 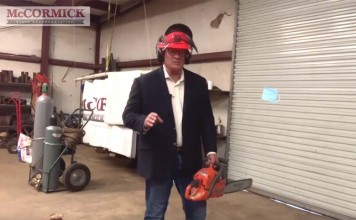