The European Court of Justice (ECJ) verdict making it mandatory for member states of the European Union to label Israeli products made in Judea and Samaria, eastern Jerusalem or the Golan Heights as stemming from “Israeli settlements” could expose the EU to US sanctions, the Lawfare Project (LP) advocacy organization warned.

⁦@StateDept⁩ on EU labelling of ISraeli goods: “The circumstances surrounding the labeling requirement in the specific facts presented to the Court are suggestive of anti-Israel bias.” https://t.co/DyQWNtT2Ru


The EJC on Tuesday issued what LP termed as “a disastrous and imprudent decision that supports derogatory French labeling requirements imposed on Israeli products” and obligates similar requirements throughout the EU.

“This decision mandates religious discrimination, treating Jewish-owned and Muslim-owned businesses differently even if they operate in the same geographic location,” LP charged.

The verdict “also opens up a Pandora’s box of unintended consequences, allowing anyone to bring an action requiring labeling of any exports to the EU based on subjective ‘ethical considerations,’” the legal action group warned.

The LP further noted that the application of the CJEU decision to Israeli products could trigger a US anti-boycott law as well as state-level sanctions and potentially disrupt US-EU trade relations.

Boycotts of Israel are illegal in the US and about half of the states have passed similar laws, and high-ranking Senators and Congressman, both Democrats and Republicans, have warned of the negative implications for US-EU relations and possible damage to the nearly $1.3 trillion in trade between them.

Senator Bob Menendez (D, NJ), the Ranking Member of the Senate Committee on Foreign Relations, said this decision would “create policy tensions with the United States” and petitioned the EU’s ambassador to the US Stavros Lambrinidis on the issue.

Senators Benjamin Cardin (D, Md) and Rob Portman (R, Ohio) sent a letter to US trade representative Robert Lighthizer underscoring that the verdict holds Israel to a standard no other country is subjected to.

Congressman Juan Vargas (D, CA) sent a letter to US Ambassador to the EU Gordon Sondland warning that the ruling would lead to discrimination against Israel.

Israel’s Ambassador to the United Nations Danny Danon attacked the verdict, saying it gave “legal cover” to anti-Semitism in Europe.

“This is another example of Europe continuing its surrender to Israel’s enemies. The EU’s discrimination against the Zionist enterprise will provide legal cover for ant-Semitism,” he warned.

“The court’s decision will only spread this ancient bigotry across the continent, providing extra fuel for the forces trying to undermine and damage the Jewish State. Today marks a dark stain of Europe’s own doing that will never wash away,” he added. 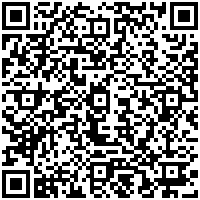