“We discovered that virtually every minority but Jews has a bureau which advocates for their community,” says Allison Josephs, founder and executive director of Jew in the City.


With antisemitism rearing its ugly head in this country at a level that many Jews never anticipated, it’s probably not surprising that Jewish people are often portrayed on television and in movies in an uncomplimentary – sometimes even outright offensive – manner. Schooling Hollywood might not seem as pressing as protecting Jews from street and synagogue attacks, but Allison Josephs, the tireless advocate behind Jew in the City (JITC), believes that ensuring the accurate portrayal of Jews on the big and small screen is an impactful way to fight antisemitism. The Jewish Press spoke to Josephs about JITC’s new Hollywood Bureau, launched at the inaugural JITC Media Awards event on March 21 in New York’s Florence Gould Hall Theater.

Before we talk about your new Hollywood initiative, give us the capsule explanation of what Jew in the City is all about for those who are not familiar with the project, and tell us what you are most proud of so far.

Jew in the City is the only nonprofit dedicated to changing negative perceptions of religious Jews and making engaging and meaningful Orthodox Judaism known and accessible. This is achieved by highlighting an approach based on kindness, tolerance, sincerity, and critical thinking. What we realized many years into our work is that painful experiences within the Orthodox world caused by dysfunction and ignorance have tarnished the opinions of a sizeable minority of insiders who find themselves Jewishly displaced. These traumatic versions of Orthodoxy then get amplified in modern-day media and entertainment without the much-needed nuance they require. This results in a distorted public perception of Orthodox Jews and Judaism – pushing less observant Jews away, creating shame around being Jewish, and fueling antisemitism.

Jew in the City addresses these challenges on every level: we aim to repair systemic internal issues from within through our Tikun branch; rehabilitate and re-educate disenfranchised Charedi Jews through our Makom branch; and hold traditional media accountable for accurate reporting and creating original positive Orthodox content through our Keter branch. I’m most proud of how holistic our approach has become.

What prompted the launch of JITC’s Hollywood Bureau? How does it fit within the advocacy model you’ve established?

The motive is taking the message we’ve been espousing for 15 years to the powers that be. There’s only so much you can accomplish via social media. Over the summer we discovered that virtually every minority group but Jews has a bureau which advocates for their community. So now we can prevent cartoonish and vilifying depictions and replace them with whole and human characters.

Will this new initiative mean having a JITC presence on the ground in Hollywood?

We are building up a list of consultants as well as writers, directors, and producers for referrals, and we plan to hire a program manager/outreach advocate in LA down the road.

Rising antisemitism is a real problem, but some might question whether it’s worth investing limited communal resources in the movie and TV industry, which is in so many ways morally blighted. What is your response to that argument? Is the negative portrayal of Jews on the big and small screen really a significant driver of antisemitism?

Media is such a powerful tool for good and bad. We are affected so deeply by the messages that permeate society. Other minorities have shown in studies that negative portrayals lead to negative sentiments about their community. We’re raising money for such a study, too. It will show the same thing, but not just about antisemitism. It will show that negative portrayals of frum Jews make non-frum Jews feel negatively about religious Jews and our way of life. Negative portrayals of frum Jews make us feel ashamed of who we are. We’ve seen this play out on a micro level in 15 years of content creation and feedback.

What’s the state of the portrayal of Jews on the screen – on a scale of 1 to 10, how would you rate the job Hollywood is doing?

Zero. The only characters who are worthy of the viewers’ love and respect are the ones “brave” enough to leave [the faith]. No other minority is treated like that. Our characters are only caricatures – except if they go OTD [off the derech]. And that has become its own genre.

Is the problem with the depiction of religious Jews, or of Jews in general?

Both. They rag on our community and way of life and peddle antisemitic tropes like [we are] greedy, conniving, cheap, neurotic. Jews and non-Jews alike put these messages forward.

Unfortunately, antisemitism is tolerated at a level that derogatory behavior against other minority groups is not. Yet if other groups have dedicated bureaus in Hollywood, clearly not all is rosy from their perspective either. In your estimation, is the portrayal of Jews on the screen significantly worse than the portrayal of other minorities?

I’m sure if you ask other minorities if the work is done yet they’ll say no. But they’ve also been at this work for years. You don’t see Muslim terrorists any more. That’s not by accident. You do see more disabled characters. That’s on purpose. You see Hispanic and Asian characters being celebrated in films like “Encanto” and “Shang-Chi and the Legend of the Ten Rings.” We are just beginning these conversations for the Jewish community, so we are quite behind.

I understand that part of this new project will include recognizing “good” presentations of Jews through the JITC Media Awards. Can you share with us what you consider Exhibits A and B of the most egregious portrayals of Jews on the screen recently?

The Nurses episode on NBC that we drew media attention towards (which was pulled a day after we started the firestorm) made up a fake halacha that we don’t take organ donations from non-Jews just so they could make the characters xenophobic and sexist. My Unorthodox Life is a show about a dysfunctional woman who makes up details of her life that belong to someone ultra-hasidic, not someone who was balabatish. And while I believe that she felt silenced and didn’t feel unconditional love, those are human problems, not Jewish ones. Many of our Makom members have similar experiences. The mistake is confusing Judaism with dysfunction.

It would be nice if writers and producers got things right when portraying our lifestyles and customs, but I would think that those kinds of “technical” mistakes would not breed antisemitism the way offensive stereotypes could. Do you agree? Or are mere inaccuracies on the screen also concerning?

They should be accurate about dress and pronunciations, but the major issue is that they always make us cartoons or creeps. Show me an Orthodox Jewish character made in Hollywood whom you’d want to hang out with.

There’s a plethora of Jews in the industry, something which has historically fueled conspiracy theories about Jews controlling Hollywood. Yet sometimes Jewish people are among the worst offenders when it comes to creating and writing cringe-worthy Jewish characters; Larry David, for example, has gotten a lot of flak for some of his material. How do you explain that phenomenon?

Internalized Jew-hatred and ignorance. I’m not judging – I hated Orthodox Jews before I met them too. That’s why I understand this phenomenon so intrinsically.

One point that’s generated a fair amount of debate lately is whether or not minority characters, including Jews, should ideally be played by members of those groups. What’s your take on this issue? Is there more risk involved if a quintessentially Jewish character is played by a non-Jew?

I think Jews, and particularly religious Jews, can be played as stereotypes if there is not care and sensitivity taken with the role. I don’t know the answer to whether only Jews can play these parts, but what I do know is that we should be allowed to have these conversations like every other minority group is having. We shouldn’t be told by gentiles that we’re not allowed to talk this through. Other minority groups are given the room to explore these issues. Jews are not just a religion.

Part of your new initiative includes setting up a writers’ lab. Tell us about that.

This will be part of Phase Two. All of the programs we’re building are based on the program the other bureaus have. The labs get writers from your community in front of executives so the writers can be hired. We’ll also need the networks and studios to accommodate our observances.

Are you saying that you will be trying to get more Jewish writers – especially Orthodox Jewish ones – into the picture? Is there a stable of writers who actually understand our community?

If we see a Jew being portrayed in an offensive way on TV or in a film and want to call it out, what’s the most effective way to do that? Can people now turn to JITC, with your organization acting as a sort of ombudsman?

Sure, let us know. We’re in talks with all the major networks at this point. It’s better to catch the problem before it’s too late, but we can also show them the pattern they’re continuing.

Some sectors of the Jewish community don’t own TVs, go to movies, or pay any attention to the Hollywood scene, but they too are affected by antisemitism. How important is it to you that the different streams within the Jewish community understand the connection and appreciate what you’re trying to accomplish?

This is a big problem and it belongs to all of us. We are not attached to a zip code. We don’t have alumni. We need the Jewish community as a whole to understand the danger of negative depictions and the incredible power that kiddush Hashem on the big screen will have. And then we need your support! 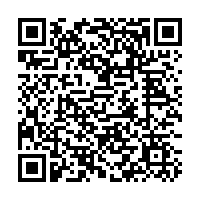