Less than ten months after its establishment, the Bennett government is losing its majority in the Knesset and coming closer than ever to its demise, after Coalition Chairwoman Idit Silman has announced it is retiring from the coalition amid deep ideological disagreements with the leftist partners, N12’s Amit Segal reported Wednesday morning.

“I can’t do it any longer,” she told her associates, according to Segal.


On Tuesday, Silman issued an ultimatum regarding Meretz Health Minister Nitzan Horowitz’s directive to hospitals to permit visitors to bring in chametz over the Passover holiday. She received no backing from her party’s chairman, Prime Minister Naftali Bennett, who instead urged her not to give him ultimatums.

Bennett reportedly learned of the decision from a post by reporter Amit Segal – the political equivalent of coming home to find all his clothes on the grass lawn.

Hell hath no fury like a coalition chairwoman scorned. Who would have thunk that the left-leaning Lapid-Bennett coalition would collapse over a misogynistic putdown…?

Silman subsequently informed Bennett in a letter on Wednesday mid-morning that she is quitting his coalition and taking his 61st vote with her.

Silman’s move will have dramatic repercussions: once the coalition has dropped from 61 to 60, it no longer has a majority for passing any law in the Knesset. If it tries to solicit support from the Joint Arab List, this would likely result in even more right-wing members leaving. And so, when the Knesset comes back from its spring break in about five weeks, the opposition would be one vote short of toppling the government and the country goes to new elections.

Silman, however, signaled that she didn’t see a new election as the only option, but spoke instead of getting other right-wing members to jump ship and form a new government now.

There are rumors that Yamina MK Nir Orbach may be next to quit, possibly even later today. The Likud has since made Silman an offer for a position in the next government, which will be incentive for other politicians to make their move quickly while there are still jobs to hand out.

“I will end my membership in the coalition and will continue to try to persuade my friends to return home and form a right-wing government,” she said. “I know I’m not the only one who feels that way. … It is possible to form another government already in this Knesset.”

Practically speaking, Yamina can declare Silman and the party’s other runaway, Amichai Chikli, to be rogue MKs, which would affect their ability to run in the next election. To prevent this, Silman and Chikli need another MK to join them and form a three-member independent faction – following which they can join Religious Zionism and possibly make it the second-largest Knesset faction following the next election.

Silman had locked horns with Horowitz over the letter he sent to Israeli hospitals urging them to follow the High Court of Justice ruling that permits visitors to bring in chametz on Passover. The letter, admittedly, did not announce a new policy, merely reiterated the court’s decision – but it shot down the plans of several hospital heads to ask visitors politely not to bring in chametz.

Silman, for her part, reacted as if Horowitz was behind the chametz decree and threatened to topple the minister (Yamina Health Committee Chairwoman Threatens to Oust Minister Horowitz over Chametz Decision).

According to Segal, Silman now said: I tried unity, as someone who came from the ideology of seeking the common good, I worked hard on behalf of the current coalition. Unfortunately, I will not be able to support undermining the Jewish identity of the State of Israel and the people of Israel. You don’t know everything I’ve done because I tried it quietly. But I can no longer continue on this path due to the values ​​and the place from which I came. … The Jewish identity of the State of Israel constitutes our right to exist here, it is our heart, it is our essence. Harming it without any regard for the public and the values ​​I represent is a red line for me.”

Rightwing opposition members praised Silman’s move and said she is welcome back with open arms.

There are a few possibilities still open.

The opposition needs 9 more MKs to form a coalition of 61. 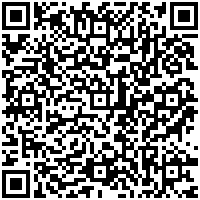