More than seven decades after the devastation of the Jewish community of Poland, there are still new discoveries being made on a regular basis.

Recently a genizah of old Torah fragments called yeriot was discovered in the Nozyk Synagogue in Warsaw. The Nozyk Synagogue was the only synagogue out of some 400 in Warsaw to survive the Shoah because the Germans decided to desecrate it by turning the beautiful, sacred place into a stable for their horses.


“We don’t know the exact origins of the genizah,” said Rabbi Moshe Bloom, rosh kollel of Nozyk, “but we can conjecture that after the Shoah the Nozyk Synagogue was returned to the Jewish community of Warsaw and it became a magnet for all things Jewish.

“Over the years, non-Jewish Poles would at times approach the synagogue, sometimes to honor lost friends, sometimes out curiosity, sometimes out of guilt. Some brought with them artifacts that they had kept hidden in their homes and felt a responsibility to return them. The Torah fragments were collected for eventual burial as prescribed by Jewish law.”

When I was recently in Warsaw Rabbi Bloom asked if I would be able to raise money to bury them with proper kavod and ceremony.

I wondered whether anybody had examined them.

Because, I told him, Torah scrolls from the pre-Shoah period had often been used for hundreds of years and therefore might have unique characteristics that are no longer in use. I asked Rabbi Bloom if I could examine the scrolls. He gave me permission to look them over and even photograph them.

The genizah consists of about 30 fragments (there are no complete scrolls), some only one or two columns and others much larger. Some showed signs of fire or water damage, slashes from knives, and other ravages of age and war. Almost all sections of the Torah are represented in the collection, from Bereishit to the end of Devarim.

Upon examination, I found that most of the fragments were very similar to those one would find in any synagogue today. A few of them looked to be over five hundred years old due to some of the variant letter shapes and tagim (crowns) that are no longer used.

When I returned to New York I visited with Rabbi Traube of Bais Hastam on 13th Avenue in Boro Park. An expert in the laws, and lore of Torah scrolls, he helped me understand some of the history behind the strange letter forms.

He explained that tradition tells us that the form of the Torah we have today was copied by Eli HaKohen off the stones that Joshua had set up when he brought the Jews into the land of Israel after the death of Moses.

For thousands of years these letter forms were the way all Torah scrolls were written; it was only about 400 years ago that they began to be used less and less frequently. The Chatam Sofer in his Teshuvah 265 says that Jews stopped using them after a Torah scroll from Tzefat was found without them. He explains that the special letters and tagim were used to remind people of certain lessons in the Torah but since we do not learn from Torah scrolls (other than during prayers) they should no longer be used.

The final disposition of the Nozyk genizah is still being decided. Many of the badly damaged yeriot will be buried while some of the others will be put on display thanks to generous support from Monika Krawczyk of the Foundation for the Preservation of Jewish Heritage in Poland (www.fodz.pl). The proposed exhibit will be located in the synagogue in the town of Leczna and hopefully include the complete story of stam — the writing of Torahs, mezuzahs, and tefillin.

Rabbi Traube of Bais Hastam was excited about the exhibit and is looking forward to making a special trip to Poland to examine the fragments for himself.

“It is rare enough to find a genizah,” he said. “We would be lucky to find one or two interesting items in a genizah but here they have so many it is truly a historic find.”

Editor’s Note: For more information, to organize a lecture, or help support the genizah project, contact Shmuel Ben Eliezer, who serves as the project’s director of research and development, at nozykgeniza@aol.com. 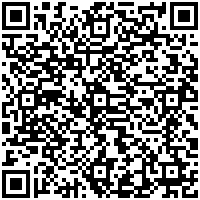